GB Under-18 Men relegated to Division B after loss to Croatia - Hoopsfix.com 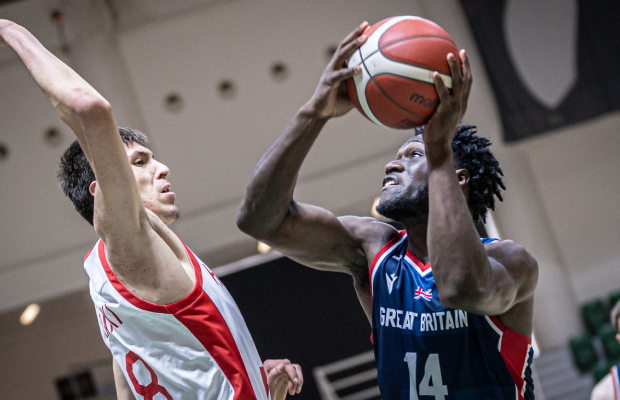 Great Britain’s Under-18s will be back in Division B next summer after losing 85-52 to Croatia in a decisive 13-16 Classification game at the FIBA U18 European Championship.

Five years to the day since the two teams were competing in the Division B final, this time they were competing to avoid being back in the competition next summer and GB never really recovered from a slow start in Izmir, Turkey, on Saturday.

Latrell Davis top scored for GB with 14 points with Dara Adeyemi adding a double-double of 11 points and 12 rebounds off the bench, while Ben Brown also scored 10 points.

Croatia made the fast start with a 14-2 opening before Davis stopped the rot with an and-1 to spark a 7-0 response. Another run from Croatia saw them restore a double-digit advantage as they led 22-11 before Davis hit a three to end the first quarter scoring.

Adeyemi’s offensive putback cut the gap to six early in the second and GB were only 32-25 behind inside the final three minutes of the half, only for Croatia to go on a 13-2 run to take control again. Adeyemi’s basket took him into double figures with GB facing a 45-29 deficit at the break.

A three from Lane Campbell and a three-point play from Ben Michaels offered promise at the start of the third, but that was as good as it got for GB as another strong spell from Croatia saw them extend their half-time lead by extend to move 64-41 in front.

Another slow start to the fourth saw the gap hit 30 points and GB’s fate was sealed in a crushing defeat.

– GB will be in Division B next summer for the first time since 2017
– Starters: Brown, Campbell, Davis, Michaels, Russell Walters
– GB shot 25% from the floor including 4-of-32 from 3PT
– Their final game is against Montenegro or North Macedonia on Sunday
– GB U18s lost the Division B final to Croatia in 2017