GB Under-18 Women make it back-to-back wins, play for 11th 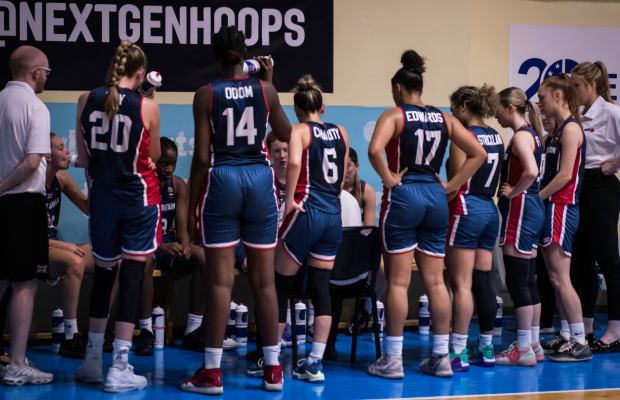 Great Britain’s Under-18s made it back-to-back wins at the FIBA U18 Women’s European Championship in Division B after beating Estonia 75-56, on Saturday.

Kenrick Liburd’s side will now play for 11th place on the final day after another all-round team display.

It was an even start to the contest until Estonia used an 8-0 run to open up a double-digit lead at 21-11, though GB’s 5-2 close reduced the deficit. The gap was back up to nine at 35-26, but GB responded with a 9-0 close to the half as Janneh’s drive and spin to beat the buzzer tied the game at the break.

GB were 38-37 behind at the midpoint in the third before putting together an 11-2 run that included six points from Edwards and a first three from Forster to take control.

– GB now have a 3-3 record in the tournament
– They finish in 2nd place in Group E, 3-1
– GB’s final game is on Sunday will be for 11th place at 4:15pm
– Starting 5: Charity, Wroe, Januszewska, Bunyan & Roy
– Edwards posted a third double-double of the tournament