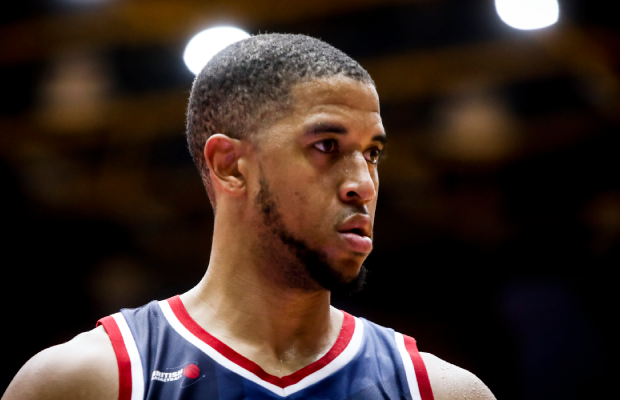 Great Britain have announced a preliminary roster of 24 ahead of their upcoming World Cup qualifiers and next month’s EuroBasket.

Nate Reinking and his coaching staff will have to cut the squad in half for when they head to Milan for the start of EuroBasket in September, whilst first taking on Belgium and Latvia at the end of this month.

Ovie Soko and Myles Hesson would be the two main additions from the squad that competed at FIBA EuroBasket 2017 with the likes of Luke Nelson, Gabe Olaseni and Dan Clark in line for another Final Round appearance.

“We’re extremely excited about the journey we have together over the next few weeks,” said GB co-captain Clark. “Getting our best squad together again is a great feeling and I’m really looking forward to it.

“A lot of people see EuroBasket as a reward for the great performances in the qualifying rounds, but I see it as another opportunity to prove that we belong at this level amongst Europe’s elite.

“Making five of the last six EuroBaskets proves that we have solidified ourselves at this level, but it’s time to take the next step and prove that we can compete and beat anyone on the EuroBasket stage.”

While some teams have already begun playing prep games, there has been no suggestion from GB that there will be any other fixtures on their upcoming schedule.