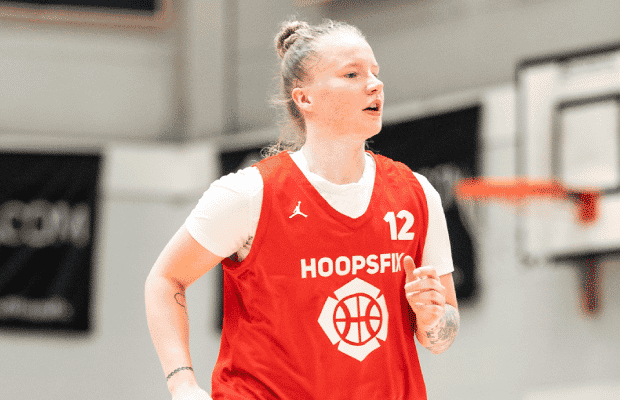 Gabby Nikitinaite has signed for EuroCup side Fribourg to mark the start of a professional career, the club announced earlier this month.

The 23-year-old makes the move to Switzerland ahead of the 2022-23 season having recently competed in the first-ever Hoopsfix Pro-Am.

“I’m excited to finally start on my pro journey,” Nikitinaite told Hoopsfix. “It’s something I’ve been wanting to do since I started playing basketball. I can’t wait to get to Fribourg to join the team and continue the success the team has been having.”

Nikitinaite previously played for Sevenoaks Suns in the WBBL as a teenager – winning Young Player of the Year – prior to heading Stateside for a five-year college career which concluded with All-OVC and All-Newcomer first team honours at SIUE.

The guard/forward also represented England and GB at junior international level – featuring in successive Under-20 European Championships for GB from 2016-17.

Fribourg are reigning champions in Switzerland having also won the Swiss Cup last season, whilst reaching the EuroCup playoffs.