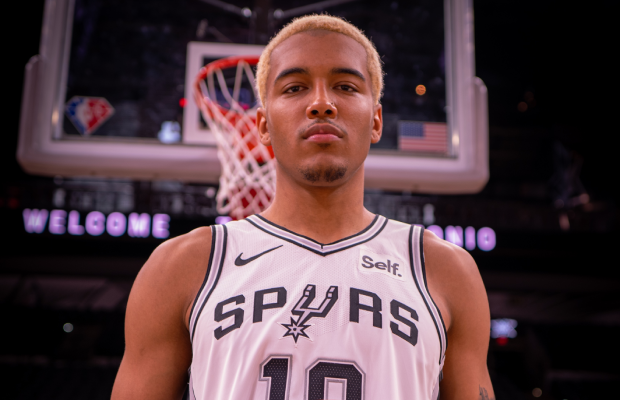 Jeremy Sochan will wear number 10 when he makes his NBA debut with the San Antonio Spurs for the 2022-23 season.

The Milton Keynes native was taken as the ninth pick in the 2022 NBA Draft earlier this week and has already been handed his new jersey, alongside fellow first round selections Malaki Branham and Blake Wesley.

Sochan wore number 1 during his only year at Baylor and previously played in number nine during his time in England with Itchen College – as well as during the 2019 Hoopsfix All-Star Classic – although this was unavailable with the Spurs as it had been retired following the career of legendary French point guard, Tony Parker.

The number 10 jersey for the Spurs was previously worn by Dennis Rodman with Sochan already receiving pre-draft comparisons to the five-time NBA champion because of his elite defensive capabilities, and colourful hair changes.

Sochan became San Antonio’s first top-10 draft pick since Tim Duncan was taken number 1 overall in the 1997 NBA Draft, and could be set to take to the court for the first time with the franchise at the NBA Summer League in Las Vegas in July.