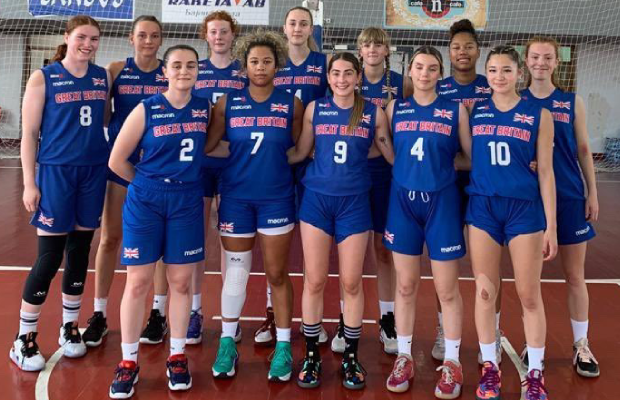 Great Britain’s Under-18 Women continued their preparations for the upcoming European Championship with a two-game series in Serbia.

Kenrick Liburd’s side had recently lost 2-1 against Ireland’s Under-20s and tested themselves again in coming up against a strong Serbia side as they were beaten by 30+ points in both outings.

Oaklands guard Miriam Menendez was added to the squad with key player Fatmata Janneh currently sidelined from playing after sustaining a knock during the Ireland series.

In the series opener, GB were beaten 77-47 by hosts Serbia having enjoyed a strong second quarter before being outscored 41-19 in the second half. Katie Januszewska top scored with 10 points in the loss with Issy Bunyan and Erin Powell both adding nine points apiece.

GB were then off to a similarly slow start in the second contest, on Wednesday, as they eventually fell to a 98-60 defeat. Serbia opened up a 28-12 lead after 10 minutes, but the visitors fought until the end and were competitive in the second and fourth quarters as they improved their offensive output as Leia Edwards netted a team-high 18 points.

GB’s European Championship campaign begins in Sofia, Bulgaria on 30th July as they start in a five-team group alongside Croatia, Portugal, Luxembourg and North Macedonia.