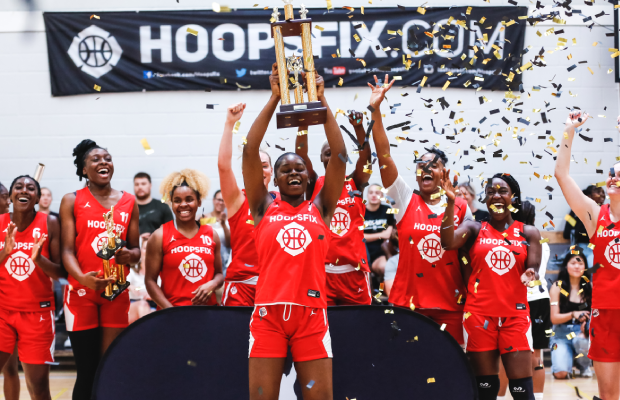 Sapphire held their previously unbeaten opponents to just four points in the opening quarter and managed to establish a 21-12 cushion at half-time. Jenelle Grant’s triple helped reduce the gap early in the third, but Emerald were held scoreless for seven minutes as back-to-back baskets from Ozzy-Momodu capped a 9-0 run to make it 37-25.

Grant hit another three with Chantel Charles following suit late on as they ran out of time to pull out the comeback with Sapphire celebrating winning the inaugural summer league.

The tournament adopted a running clock with no free throws until the final two minutes of the fourth quarter across the five weeks.

Earlier, Team Diamond finished in third place with a 56-47 victory over Team Ruby as Kat Goldsby contributed 14 points, six rebounds and three assists in the win.

Re-watch both games below: