Jeremy Sochan: 'Spurs are a great fit for me' - Hoopsfix.com

Support
Home / Brits Abroad / Jeremy Sochan: ‘Spurs are a great fit for me’

Jeremy Sochan: ‘Spurs are a great fit for me’ 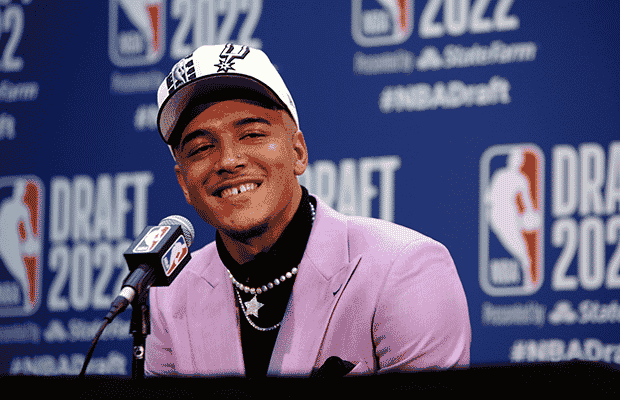 Jeremy Sochan has has expressed his excitement for joining the San Antonio Spurs after being selected by them with the ninth pick in the NBA draft last night.

“I think I’m going to fit really well,” Sochan said. “It’s a really young squad. We have a lot of energy. I feel like they were one of the best team in assists. I really feel like I really fit with that, it’s going to be good.”

With his family at his table, along with friends and coaches from Itchen and Solent Kestrels in the arena, Sochan became the first British player drafted in over a decade, since Ryan Richards in 2010, who was also selected by the San Antonio Spurs.

Let’s get to work! #GoSpursGo @spurs

“I just want to tell you guys that I’m going to bring energy every day,” he said to the San Antonio fans. “I’m going to really compete and bring a lot to the table. I can’t wait, we’re going to have fun.”

He added his first purchase is going to be car after sorting out his driving license.