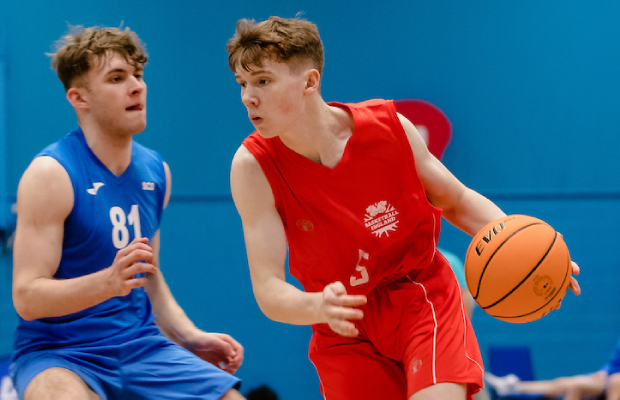 The initial squad for GB’s Under-18 Men has been named with 16 players chosen ahead of preparations for the European Championship.

Craig Nicol is in charge of the squad with GB back in international competition this summer for the first time since 2019 with the Under-18s in Division A.

Ben Michaels, Zamoku Weluche-Ume, Marcus-Myen King-Danchie and Joe Buchanan all suited up at the 2022 Hoopsfix All-Star Classic last month. King-Danchie is one of three US-based players in the squad with Latrell Davis and Maximum Mkpa also returning.

Manchester Magic duo Ben Brown and Matthew Goodwin also feature having both starred at the Junior Final Fours with Goodwin dropping 40 points in the U16 triumph, while Brown scored 29 in a final defeat for the U18s.

GB compete in Division A at the FIBA Under-18 European Championship in Izmir, Turkey from July 30 – August 7.