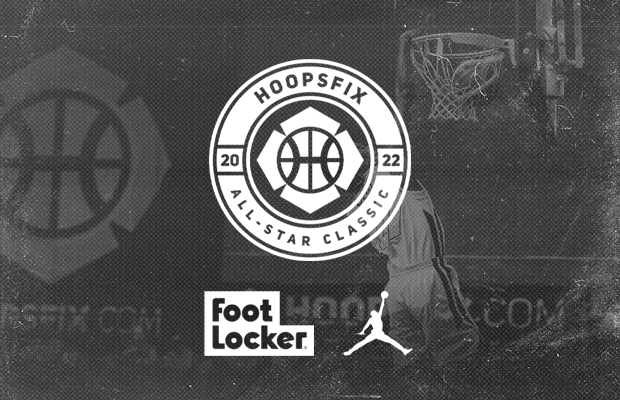 The 24 players selected to take part in the Under-19 Women’s game at the 2022 Hoopsfix All-Star Classic have now been confirmed.

British basketball’s top junior talent will converge at Crystal Palace on Saturday May 28th with the rosters split into Team Black and Team White – tickets are still available and can be purchased here.

The event is sponsored by Foot Locker, Jordan, Sportserve, Molten, 5or6, Always Ballin’ and Red Bull.

There will be several junior internationals on display as well 10 players involved that competed at last year’s event, including MVP Cameron Taylor-Willis who suits up for Team Black on this occasion after an impressive performance in 2021.

Two-time WEABL Northern Conference MVP Abbey Whitehouse was also on the winning team with Taylor-Willis and links up with another rising guard in Manchester’s Charli Wroe as one of several debutantes.

Isi Ozzy-Momodu headlines Team White as one of five players from City of London Academy’s all-conquering roster featuring having recently picked up the U18 Playoffs final MVP award. Funmi Amode, who was MVP of the WNBL D1 Playoffs final – joins Ozzy-Momodu alongside U18 National Cup final MVP Emily O’Connell, while WEABL final MVP Emilie Black is together with the returning Molly Lavin on the opposing Team Black.

Two of the most exciting under-17 talents will go up against each other with Barking Abbey’s Fatmata Janneh part of Team Black with Ipswich and Copleston starlet Olivia Forster suiting up for Team White after both enjoyed breakout seasons.

There are two Welsh representatives as Cardiff Met Archers teammates square off with Carys Roy making a debut on Team Black, while Issy Bunyan is set for a second appearance as part of Team White.

St Francis Brooklyn commit Katie Januszewska also returns for another year and is joined on Team White by Charnwood teammate Erin Powell, who was named Under-17 Player of the Year in the WEABL Northern Conference and is the youngest participant in the game.

Itchen College and Solent Kestrels duo Faye Endean and Anna Nevison play together after a matchup last year as they strengthen Team White with Nottingham Wildcats’ Maisie Evison and Mariam Olawoyin also back for another year.

A third Nottingham representative in Natalie Charity will be on the other side of the court for Team Black with England U18 teammate Saruna Gudza, the WEABL leader in assists, and Oaklands’ Kizzy Spence adding to the depth in the backcourt.

The full rosters for the Under-19 Women’s game are as follows:

To buy tickets for the 2022 Hoopsfix All-Star Classic click here.