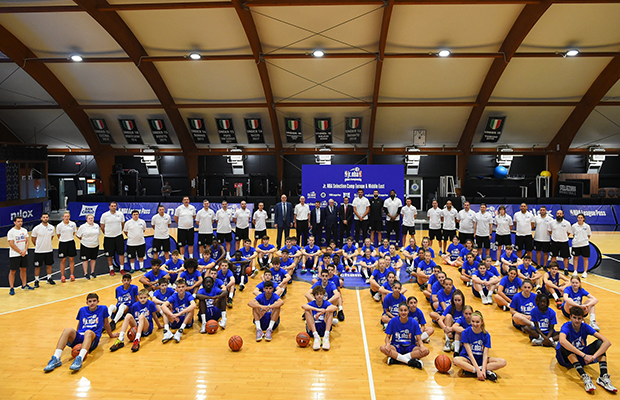 Six young Brits have been selected to a four-day Jr. NBA Europe and Middle East Elite Camp that will be held at Stella Azzurra in Rome, Italy from Wednesday, May 4 – Saturday, May 7.

The camp will focus on positional skill development, shooting, and skills competitions, culminating with three-on-three and five-on-five competition, conducted by NBA Basketball Operations staff and coaches from Jr. NBA leagues in Europe and the Middle East.

“We are excited to host 60 of the top young boys and girls from across Europe and the Middle East at Stella Azzurra’s facilities in Rome,” said NBA Associate Vice President of Basketball Operations, Europe and Middle East Neal Meyer.

“The Jr. NBA EME Elite Camp provides a unique and exciting opportunity for these developing players to compete alongside their peers from other countries and learn from established coaches as they advance in their young careers.”

The Jr. NBA, the league’s global youth basketball program for boys and girls, teaches the fundamental skills as well as the core values of the game – teamwork, respect, determination and community – at the grassroots level in an effort to help grow and improve the youth basketball experience for players, coaches and parents.