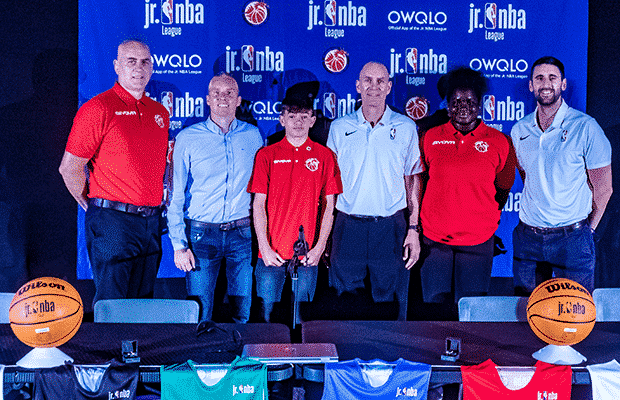 The school-based league for girls and boys ages 11-13 will tip off with a Jr. NBA draft event on Nov. 23 in Aberystwyth.

“It has taken a lot of hard work by a dedicated group of people to get us to this point and we are all delighted that the NBA have approved our plans for the league. Over the next few years, we will be developing the Jr. NBA initiative to include a girls’ only league with teams representing the WNBA (Women’s National Basketball Association), a wheelchair competition and developing links with youth sports organisations.

“Our ambition is to grow the competition so that many more schools can participate, and more young people can get the chance to play basketball.”

The Jr. NBA Basketball Wales League will be available for 32 local schools throughout Wales, spanning each of the country’s 22 local authorities. School teams will be selected at the Jr. NBA Draft to represent one of the 30 NBA teams and will receive corresponding NBA team-branded jerseys for their games.

The Jr. NBA, the league’s global youth basketball program for boys and girls, teaches the fundamental skills as well as the core values of the game – teamwork, respect, determination and community – at the grassroots level in an effort to help grow and improve the youth basketball experience for players, coaches and parents.

“Together we will offer a program that fosters healthy competition, teaches the values of the game, and provides an opportunity for children to have fun while learning more about the sport.”