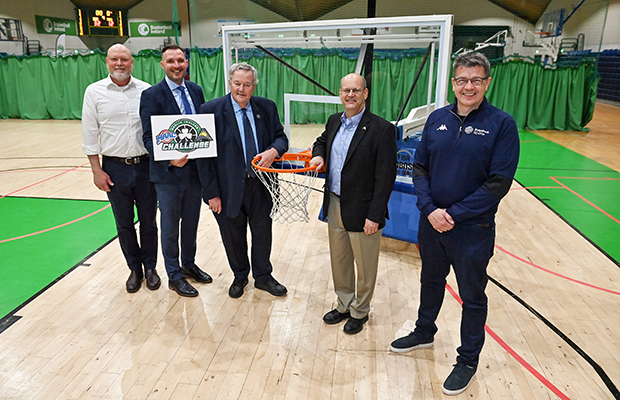 The eight team NCAA Division 1 college line up for the 2022 MAAC/ASUN Dublin Basketball Challenge, taking place at the National Basketball Arena in Dublin on November 18th and 19th, has been revealed.

“We have a great history of working with Rich Ensor, the MAAC conference and their teams here in Ireland. We are extremely thankful for their partnership and we give a huge Irish welcome to Ted Gumbart and the ASUN Conference teams this November. Bringing these great teams to Dublin is yet another stepping stone in our journey as we continue to change lives and build aspirations through sport and education.”

Matchups, tip times, and broadcasting networks will be announced at a later date, as the Dublin Basketball Challenge will be the second opportunity for British fans to see college hoops in relatively close proximity this year, with the Basketball Hall of Fame London Showcase taking place at the O2 Arena on December 4th.