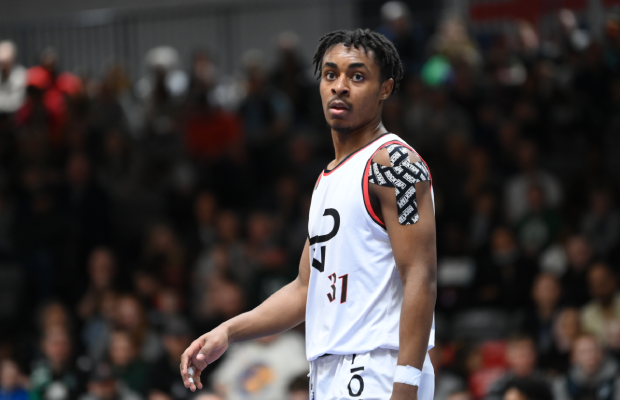 Bradley Kaboza has been one of the breakout stars of the second half of the 2021-22 BBL season.

The 20-year-old earned a shot with London Lions through his performances for Barking Abbey in NBL Division 1, and has already played a major role during the BBL playoffs.

Kaboza scored 16 straight in a quarter during the Lions’ quarter-final tie against Cheshire Phoenix on their way to advancing to Sunday’s final – where they take on Leicester Riders.

“I’m looking forward to playing in the finals,” Kaboza told Hoopsfix. “It’s always a good opportunity when you have a chance to compete for a title and playing at The O2 is going to be a great feeling – there’s going to be a huge crowd and I’m just blessed to be where I am right now.”

The introduction of Kaboza into the BBL lineup in March saw immediate results with the young guard seizing his opportunity in the top-flight. London have dealt with injuries with Isaiah Reese, Dirk Williams and Justin Robinson all having time on the sidelines in the run-in as Kaboza stepped up.

A double-digit outing on league debut against Cheshire was followed by four more performances with 10+ points including a best of 20 points – again against Cheshire – on the final weekend of the regular season.

“This is an opportunity that doesn’t come along for every person,” Kaboza added. “I’m not going to waste time thinking about the magnitude of the opportunity – I’m just going to go get it. I want to prove that I can do what I do, I know already so it’s about proving myself right and carrying on getting better.

“I’ve been pleased with my contributions, but there’s always more to do. I see what I’m doing and happy that I can help out the team. I’m just trying to be aggressive; bring my energy, my passion for the game and my heart – be that spark coming off the bench.”

The former Myerscough product competed at the 2019 Hoopsfix All-Star Classic in the Underclasmen game and had a short stint in Iceland before returning to the UK. 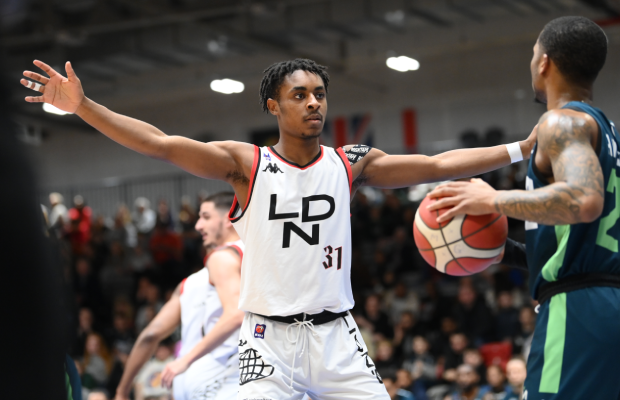 As well as making an impact on the court for the Lions, Kaboza has been key to learn from the players around him as much as possible, including two-time BBL league MVP Justin Robinson.

“It’s been good learning from all of the guys as there are a lot of high-level players on our team,” he said.

“Justin has taught me a lot of things, took me under his wing and helped me see the game from a different angle. It’s been good for me.

“I’m always ready to be a sponge and dissect information – add it to my game, whatever it is. They’re helping me get better with my mindset and on the court.

He adds: “I feel like young players should get more opportunities, but there’s got to be a system. Allow young players to flourish – they are going to make mistakes, but let them and help them get better.”

On top of a European campaign, the Lions have had three different head coaches this season with inconsistency at times halting their progress as their league title push fell away as they eventually finished in third place with a 16-11 record.

The opportunities handed to some of their younger players has been a highlight in the second half of the season and with the likes of Isaiah Reese and Dirk Williams finding form in the playoffs, the chance to sign off with silverware would be the ultimate ending.

“We are trending in the right direction,” concludes Kaboza. “It’s good that it’s not been easy, we have had to face adversity. We’re confident going into the final, but we need to stick to the game-plan.

“These are the big-time games that everyone wants to be in. It would mean a lot to lift the trophy. It’s been an up-and-down season so to be crowned champions would show all the hard work has paid off.”

Kaboza has certainly put himself in the spotlight and will be ready to answer the call on Sunday against the double-winning Riders.

The BBL playoffs final is also available to watch LIVE on Sky Sports including their YouTube channel.