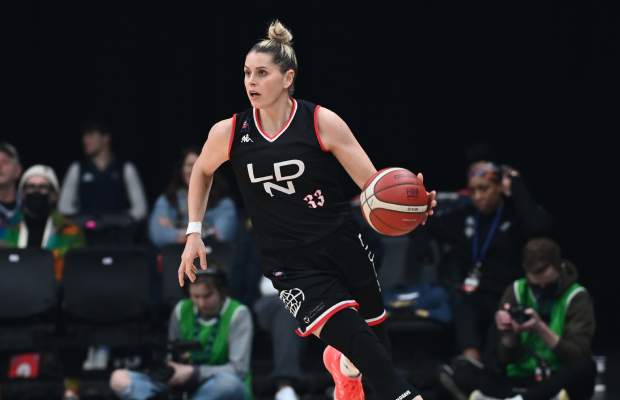 Jo Leedham-Warner has been confirmed as the WBBL MVP for the 2021-22 season after a stellar first year in the league with London Lions.

The GB legend enjoyed a successful season in the UK for the first time – after years overseas since turning pro in 2010, and played a huge role for the club as they made history in Europe and moved on the verge of a historic clean sweep.

Leedham-Warner averaged 15.7 points, 6.9 rebounds, 4.5 assists and 3.4 steals per game in 19 league appearances for the Lions as they completed a perfect regular season campaign to claim the Championship title alongside their Cup and Trophy triumphs.

The 34-year-old was one of the most efficient performers in the league and only averaged 25.6 minutes per game with four double-doubles and seven league games with 20+ points.

Leedham-Warner is set to receive the MVP award on Sunday as the Lions take on Sevenoaks Suns in the playoffs final at The O2 – it also marks the first time a GB player has won the award since Steph Gandy became the inaugural recipient in the 2014-15 season.