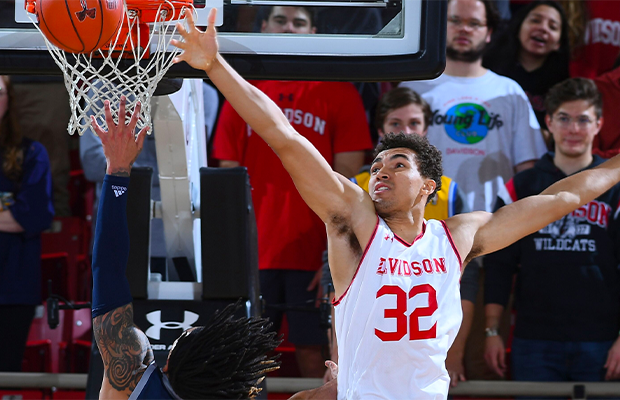 Londoner Nelson Boachie-Yiadom is headed to Hempstead, New York for his final year of college eligibility after he committed to NCAA Division 1 Hofstra for the upcoming 2022-23 season.

Graduating after four years in Davidson, the former London Westside forward and Great Britain Under-18 and Under-20 will do one more year at college.

Giving the fine folks of Davidson exactly what they want…

The 6’8″ forward helped Davidson to the Atlantic 10 regular season title last year, as the Wildcats finished with a 25-5 overall and set a new program record for A-10 wins in a single-season going 15-3.

Boachie-Yiadom averaged 17 minutes per game in his Senior year, averaging. 2.3 points and 2.2 rebounds on 52.8% shooting.

The Hofstra Pride’s had a record of 21-11 last season, failing to make a post-season appearance since 2001.