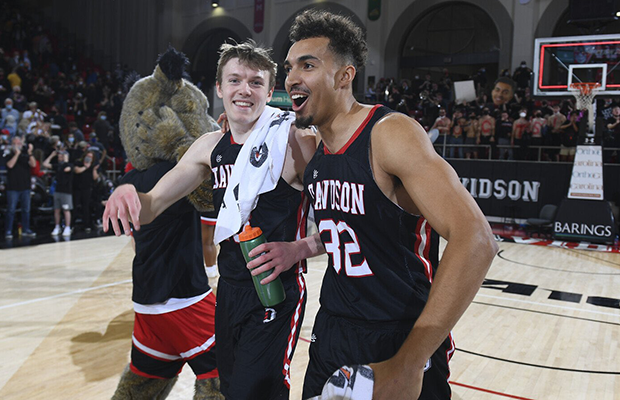 Nelson Boachie-Yiadom and Davidson have won the Atlantic-10 regular season title, and will head into the conference tournament as the top seed.

Overcoming the odds – Davidson were picked to finish sixth in the conference heading into the season – the Wildcats finish with a 25-5 overall and set a new program record for A-10 wins in a single-season going 15-3.

His season high was an 8 point outing against George Mason last week.

Boachie-Yiadom and the Wildcats receive one of four double byes into the quarterfinals of the A-10 tournament, which they tip off on Friday.