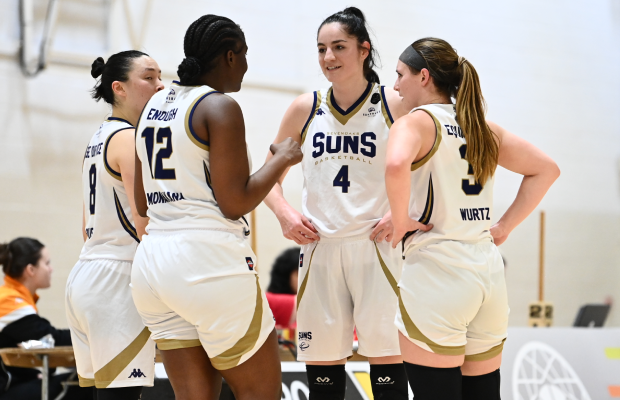 London Lions-Sevenoaks Suns. The top two women’s teams in the country will go head-to-head to contest the WBBL Trophy final later this month.

The reigning champions London brushed aside Nottingham Wildcats in the second half in an 82-39 success, while 2017 Trophy winners Sevenoaks started strong in beating Leicester Riders 57-74 on the road.

The Lions held their opponents to just 10 points in the second half in a repeat of last year’s final as captain Shanice Beckford-Norton led the way with 19 points in a typically strong team performance. Jo Leedham-Warner added 17 points and six rebounds, while Holly Winterburn weighed in with seven points, nine assists and five steals.

Meanwhile, Cat Carr produced a second triple-double of the season after putting up 11 points, 10 rebounds and 10 assists in Sevenoaks’ 17-point win at Leicester. They led by as many as 28 after pulling away in the second quarter and had a 23-point, 11-rebound display from Janice Monakana in the win.

The two teams are still unbeaten in the league with their first encounter set for March 25th at the Copper Box – five days after their Trophy final date in Glasgow.

London have now reached four consecutive finals in a run that started with their first piece of WBBL silverware; winning the Trophy 12 months ago.

Fourth consecutive final for @LondonLions as their unbeaten run in WBBL comps extends to 2️⃣2️⃣#BritishBasketball https://t.co/bgkMfeWGOx

They now have an unbeaten run of 23 games un all WBBL competitions since April, 2021, while Sevenoaks have won 17 straight since an agonising loss to London at the start of the season.