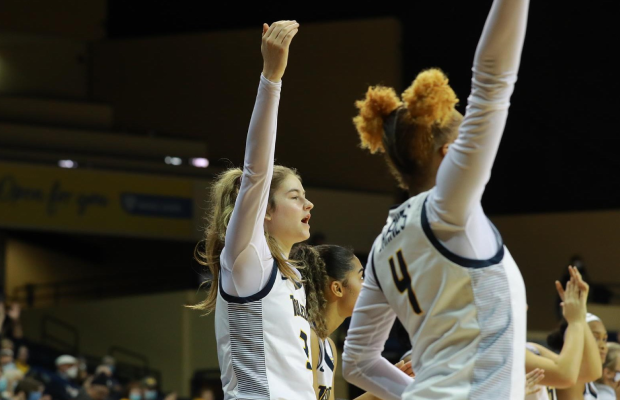 Ella Doherty has won a regular season title in her first season at Toledo as the Rockets put together a dominant campaign.

The freshman guard from Scotland scored a best of six points with two triples in a December outing against Saint Francis (PA).

What a way to close out the regular season!

Doherty saw court time in eight games during the season with Toledo as they entered the post-season tournament as the number-1 seeds.

The former Caledonia Pride youngster competed in the Under-19 Women’s game at the 2021 Hoopsfix All-Star Classic alongside compatriot Pollyanna Storie, who is currently in Canada.