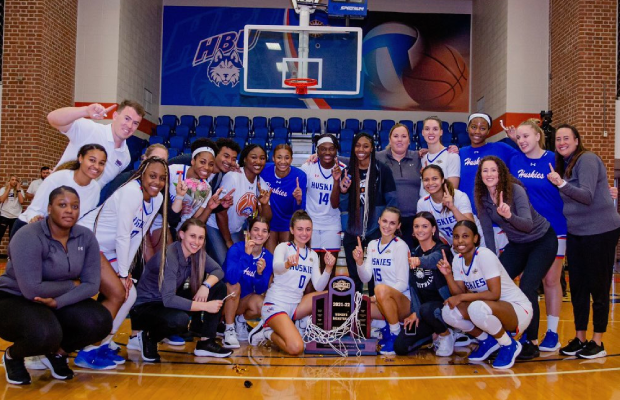 Donna Finnie has been named Coach of the Year in the Southland Conference awards after leading Houston Baptist University to its first-ever regular season title.

The Edinburgh native has been at the helm since becoming the first British coach to head an NCAA Division 1 school in 2013.

HBU claimed the outright regular season title to make programme history after beating McNeese 68-61 to cap a winning run of seven straight games – clinching the number 1 seed in the post-season tournament in the process.

Finnie spent a decade in charge of Scotland’s national teams at various age groups; winning European Championship Division C titles at Under-18 and Under-16 level as head coach.

Finnie’s Huskies have a 16-9 record on the season and await their first opponents in pursuit of the Conference Championship.