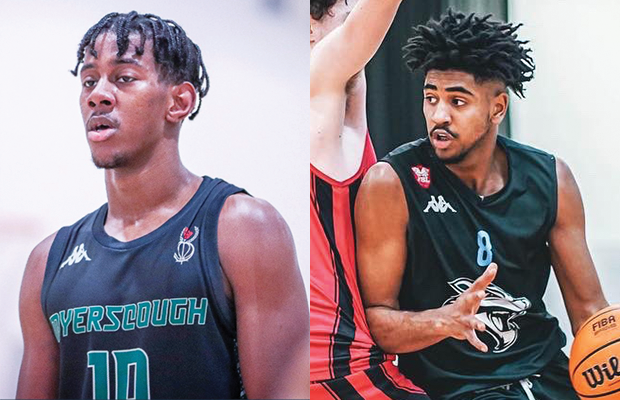 Bryan Akanmu and Kane Daley were both crowned 2021-22 EABL MVPs as the league’s end-of-season awards were announced.

Myerscough’s Akanmu was amongst the top scorers in the regular season with an average of 19.4 points per game while leading them to the second seed in the North, while Daley was just behind with 19.2 points along with 9.4 rebounds per outing for Oaklands, as they won their first ever conference title in the South.

The young Wolf’s play-caller Lee Ryan picked up the Coach of the Year award from the South after leading the side to the top spot in the Conference, while Chris Bourne landed the award in the North with SGS College despite their 5-9 record and missing out on the playoffs.

Averaging 19.2PPG and 9.4RPG, Kane led the Wolves to a 10-2 record and a first ever conference title!#Wolfpack #BritishBasketball pic.twitter.com/FZWFUdmoH5

There was also a Charnwood double in the North as Kanu Gudza was named Defensive Player of the Year, having led the EABL with 4.4 steals per game and Ceejay Hanson earned Most Improved.

In the South, CoLA’s big man Clemson Edomwonyin claimed the Defensive Player of the Year honour with Max Matthews, of Itchen, recognised for being Most Improved.

The U17 Players of the Year were awarded to Sheffield’s Declan Kom, who has turned heads with some of his performances this season, and Isaac Round of JMA, who, despite his age, finished with a league second best 21.1PPG.

Akanmu was joined in the Northern Conference All-First Team by a Charnwood trio in Kanu Gudza, Louie Jordan and Victor Ndoukou, along with SGS College’s Jason Soodeen.

Meanwhile, Daley headline the Southern Conference All-First Team with his teammate Oliver Wright, plus Isaac Round and Kivuvu Live from JMA, and Barking Abbey’s Stephen Asante.

The full list of award winners can be seen below: