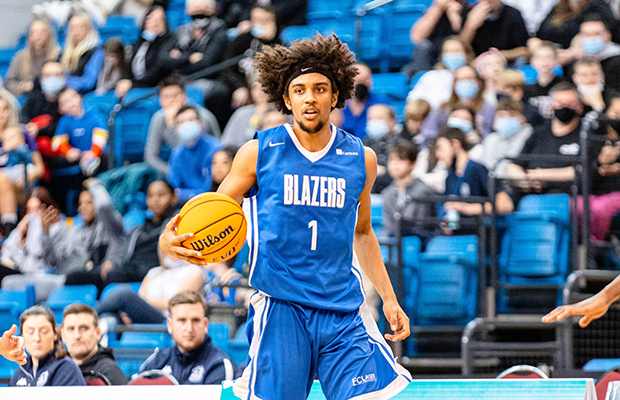 The Derby Trailblazers have lived up to their name since the turn of the year, first defeating Team Newcastle University to win the L Lynch Trophy before stunning BBL side Surrey Scorchers in the first round of the BBL Trophy.

Blake Bowman played an integral part in the Trophy victory, scoring 25 points in the upset. His role in the team’s upturn has been a highlight since his return from America, having made the choice to leave NCAA Division 1 school University of Missouri – Kansas City after just six months in the US.

“At the start, I was pretty excited when I got there,” the 20-year old explained. “I didn’t really have many issues to start with. As time was going on, I was struggling quite a bit with my mental health. Me and my family thought it was best for me to come back to England because I just wanted to put my mental health first.

“For me, it is one of the most important things, not just in basketball, but in life. If your mental health isn’t where it should be, you’re not going to be able to perform to the best of your potential. It’s very important for athletes to be in the right mindset.” 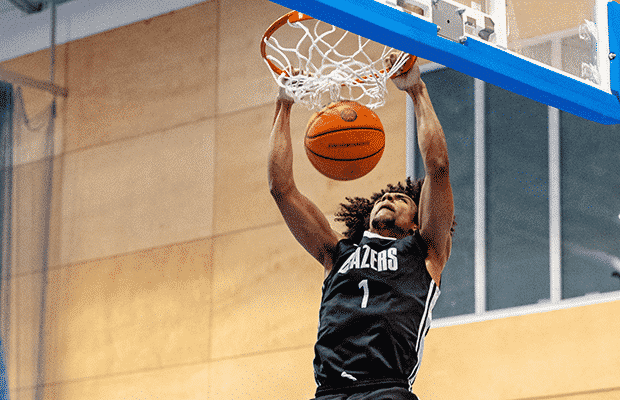 Making the leap to the states ahead of the 2021-22 season was a long time coming for Bowman who has been surrounded by basketball from an early age.

His father was an All-American, playing at Georgetown College where he won an NAIA National Championship.

“My uncle played basketball as well. UMary. It is D2 now. It has always been a part of my family,” said Bowman.

“The Derby Trailblazers had U-10s sessions every Saturday and I was always going to that. I would go with my mum to watch my dad’s games. I’ve always been involved.”

Despite lofty aspirations, the 6’5″ wing always felt at home at Derby.

“Actually when I was in U16, the teams split. They split into the Derbyshire Spartans. I decided to stay and play U18. It was great for me to gain experience as I was only 16 at the time.”

Bowman had made enough of a mark at Derby to garner attention from overseas. Yet, it was hardly the smoothest run.

“When I first got back into basketball at 13. I broke my hip.

“It put me out for six months. When I came back, I was out of shape. I couldn’t do too much. I didn’t make East Midlands and such. It motivated me to prove myself and work hard to make a name for myself.” 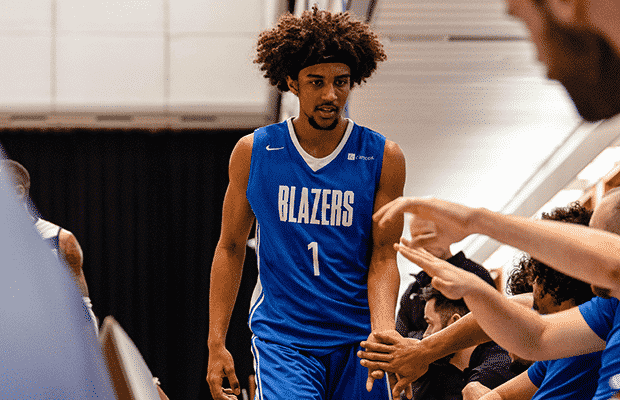 His run for Derby Trailblazers saw a swift ascent, resulting in selection to the Hoopsfix All-Star Classic in 2019, and 2020 (though it did not take place due to COVID-19), and would have been a lock for 2021 had he not had to depart for the US before it took place.

“I was pretty nervous going into the game,” he recalled of the 2019 edition.

“That was the first time I really got noticed. I was pretty surprised I got a message from Hoopsfix.  I didn’t really know anybody there. I got a nice highlight at the game. It was good experience and also good exposure to get my name out there.

“The All-Star Classic is very important. There’s a lot of young kids that will watch the game and be inspired by the players there. And also just for exposure for the players coming up. It motivates the players too because they wanna be in the game. Everyone is watching.”

Attention from US colleges also began, though perhaps not as many as he had hoped for.

“It felt great, but at the same time it humbled me a lot knowing that so many colleges didn’t reach out and didn’t want me.

“It helped me see the bigger picture and how difficult it is to be successful in basketball. There are so many players that will play your position and do what you can do.”

Regardless, he decided to accept a full scholarship offer from UMKC, flying out for a fresh start in May 2021. However, it wasn’t long before he felt a longing to return to the UK to take care of his wellbeing.

“I didn’t play a game there. However I fit in with my teammates very well. They were great guys and I was able to create connections for life.

“In terms of practices and scrimmages we had in my six months there however, I feel that I could definitely compete.

“…It’s hard to put my finger on it (what caused his adverse mental health). I guess a combination of things.”

Bowman wants other players to realise the US is not the only pathway, and while his story is still being written it seems unquestionable he will receive the professional interest he is after.

His hometown club has welcomed him with open arms, as Bowman and coach Matt Shaw plotted the potential for silverware this season.

“I actually spoke to coach Shaw before winning the L Lynch trophy that we are going to have a great chance at winning something this year.

He is flourishing back in Derby under his former coach, averaging 15.4 points, 3.9 rebounds, and 2.0 assists in less than 22 minutes per game. 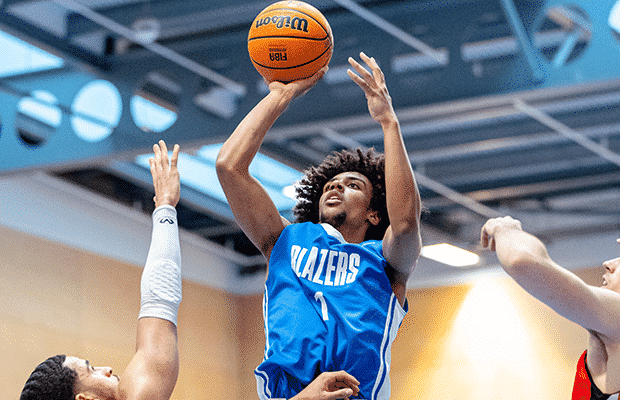 Blake loves his family and credits them to have played a vital part in his approach to life and his basketball career.

“We’re all very close to each other. I take a lot of advice from them. My uncle, my sister, my mum, my grandma. My brother-in-law also helps me a lot. He gives me advice on keeping level headed and keeping the right mindset.

“They look out for me, but at the same time they keep telling me it’s up to me what I want to do. My family has helped me become who I am today.”

While his ambition remains to be a professional basketball player, with at least one BBL club having already reached out to him since his return, Blake Bowman is happy where he is right now, and more importantly, he is home.