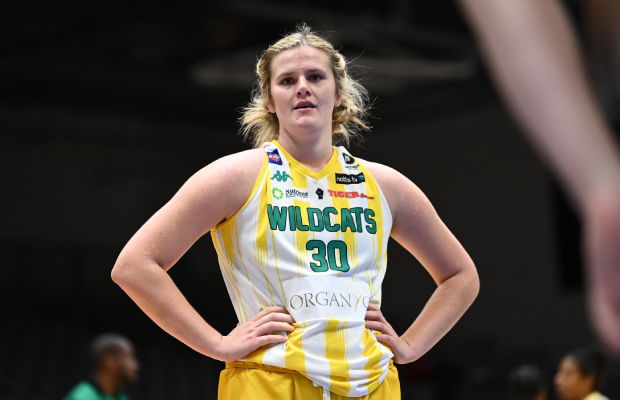 There were five games that took place in the latest round of league action with the road teams coming out victorious in four of the encounters.

Essex Rebels were the only home team to prevail, though they did also suffer defeat in a double-header with London Lions and Sevenoaks Suns still leading the way.

More dominance from the Lions as they enjoyed a 55-point win in Newcastle to bounce back from a European defeat. There were no signs of rust early on as London outscored their opponents 56-18 in the first half and brought up their century in the final seconds as Jo Leedham-Warner finished with 23 points, seven rebounds and five assists.

Kennedy Leonard had an 18-6-8 line in the win with Cassie Breen returning to league action with 15 points, though Holly Winterburn remains on the sidelines. The Lions will look to stay unbeaten on the domestic campaign next week when they are back at the Copper Box Arena to welcome Nottingham on Sunday.

Sevenoaks continued their charge in the league with another comprehensive victory as they swept aside Gloucester City Queens in a first meeting. Len Busch’s side did the damage in the first half as they opened up a commanding 22-point advantage with a 29-14 second quarter growing the lead.

Frankie Wurtz top scored with 19 points in the win along with seven rebounds and five assists, while Cat Carr just missed out on a triple-double with a 9-10-12 stat-line. The Suns take their momentum into a double-header next weekend with encounters with Cardiff and Manchester to come.

The Hatters have the weekend off following their recent first loss on the season and will look to maintain their perfect league record when they head to Essex in an intriguing encounter.

Anna Lappenkuper went off against Essex with a 35-point haul to lead the Riders to a comeback victory on the road. The German guard stepped up with an efficient 12-of-16 shooting night with Oceana Hamilton adding 12 points and 18 rebounds, while Brooklynn McAlear-Fanus had 19 points.

Leicester had trailed 67-53 with 2:47 left in the third, but produced an impressive rally with 31 points in the fourth helping complete the turnaround. They host Durham in their next league game on Sunday, though their initial focus will be on continuing the defence of their Cup title with a semi-final clash away at Newcastle.

The Mystics were another team not in action this past weekend and their 5-2 record will be put to the test next time out as they welcome the unbeaten league leaders, Sevenoaks – another chance for Lauren Thomas-Johnson to return to fitness following injury.

A home double-header of contrasting fortunes for the Rebels, though they did appear set to make it a big weekend. They began by seeing off Cardiff in a 19-point victory before leading Leicester by as many as 14 only to fall to a six-point defeat.

Five players reached double figures in the win over the Archers with Lucrezia Costa recording a double-double, while Angel Waithe finished with 11 points, 12 rebounds and five assists against Leicester with six players scoring 10+ points on this occasion. The Rebels visit Sheffield on Saturday in another big test.

A heavy loss at the hands of London, but it will be important to not be too disheartened by the result. Ebony Horton was the only player in double figures with 12 points as Newcastle were held to 27% shooting in the 55-point defeat.

The Eagles now have a chance to set up a repeat clash with the Lions as they host Leicester in this weekend’s Cup semi-final. Chris Bunten’s side have never reached the Cup final before, but do have finals experience having made a fairytale run through the playoffs earlier this year.

The Wildcats finally got back to winning ways on the road in Scotland as they edged out Caledonia for a six-point success on Saturday. Brooklyn Pannell fired in a 32-point haul to lead the way with Kennedy Nicholas hauling in 20 rebounds to go with 10 points for another double-double.

Nottingham had to fight back from a 13-point deficit as they outscored Caledonia 8-22 in the final period to pick up their second league win on the season. A double-header awaits next with a home game against Gloucester quickly followed by a trip to the capital to take on the high-flying Lions.

Another loss for the Archers as they slipped to 2-6 in the league after being beaten by Essex on the road. There was more encouragement in the form of Lauren Saiki with the American guard handing out 10 assists to go with 21 points, while rising star Issy Bunyan posted 17 points from the bench.

Shannon Hatch posted a double-double of 13 points and 14 rebounds, but Cardiff fell away in the middle periods after a positive opening. They cannot afford any lapses in their next encounter as they stay on the road in coming up against the unbeaten league leaders, Sevenoaks.

Gloucester battled hard before eventually falling to a 41-point home defeat against Sevenoaks with Marlee Ball and Claire Abbott combining for 25 points as they both played the full 40 minutes. The Queens were still without Maura Fitzpatrick as they anxiously await news on her injury suffered on international duty.

Jay Marriott’s side drop to 2-4 in the league and next head to face Nottingham on Saturday as they look to halt their slide amongst a tough schedule in December to close out the calendar year.

No game in turned out for the Wolves as their trip to face Durham on the road was postponed. Lauren Milligan’s charges will next travel to Scotland for a big clash with Caledonia on Saturday.

The promise was there for the Pride and they looked on course to double their win tally when they led Nottingham by 13 points on Saturday. However, they were held to single figures in scoring in the fourth as the game got away from them and they slipped to a six-point defeat.

Maud Ranger top scored with 20 points in the loss with Taylor Edwards finishing with 19 points, nine rebounds and eight assists, while Laken James made an impact on debut with a 17-6-4 stat-line. Pride are back at home this weekend when they welcome Oaklands in an important battle for the teams at the bottom.

Durham’s home game with Oaklands was postponed so that means they will have more time to prepare for a tough test away at Leicester as they look to start picking up some wins.