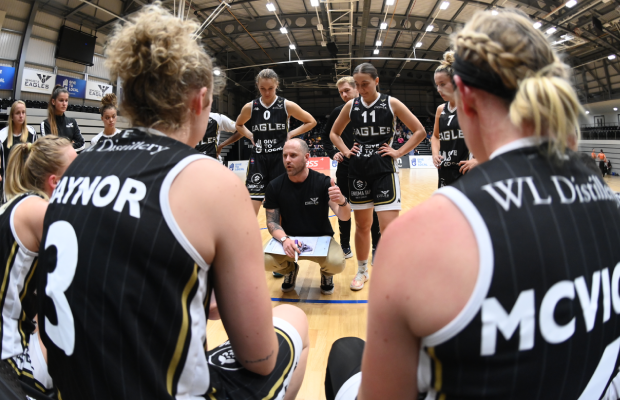 Newcastle Eagles ended the WBBL Cup reign of Leicester Riders as they secured a dramatic 50-45 triumph in Saturday’s semi-final.

Chris Bunten’s side set up a repeat showdown of the 2021 playoffs final with London Lions as they held on down the stretch in a tense encounter.

The Eagles led 27-24 at half-time, but the visitors surged ahead with a 16-7 third period and had a 36-43 advantage inside the final quarter. Chloe Gaynor scored six points in an 8-0 reply to put Newcastle briefly back ahead.

Oceana Hamilton’s free throws made it 44-45 with less than two minutes remaining and Jessica Eadsforth-Yates hit a big go-ahead triple and the Eagles would seal the win from the foul line, despite going 3-of-6 down the stretch.

Re-watch the semi-final below: