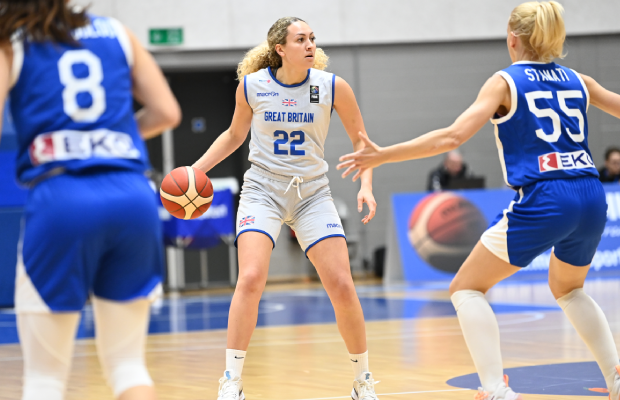 Georgia Gayle returned to the GB Senior Women’s setup last week and is now targeting a Cup final with Sheffield Hatters with the resumption of the WBBL season.

The 24-year-old sharpshooter featured in the opening window of the FIBA Women’s EuroBasket 2023 qualifiers as GB suffered consecutive defeats to dent their hopes of advancing.

However, Gayle believes they are more than capable of bouncing back with the next window taking place in 12 months’ time with trips to face Portugal and Greece.

“I definitely think we put up a fight and for a relatively new squad – with little preparation time – we competed,” Gayle told Hoopsfix. “It’s one of those things where we can’t dwell on it.

“We do have a lot of talent in the team, I think we just need the time to gel and learn to play with each other. Luckily, we have a year of preparation ahead of the next window of games so I think we will see a big difference next year.

“It’s always great to be back on the team with such high calibre players. Having the guidance of players such as Temi, Karlie and Z is always beneficial for me and my game. They really supported me throughout this window as it had been a long time since I had played with them all (first time with Karlie) and it really got me through my nerves for the games.”

Gayle has been in red-hot form for the Hatters in the WBBL this season with 16.8 points, 6.0 rebounds and 4.4 assists per game in league play with a total of 19 three-pointers – more than any other player in the WBBL Championship so far. 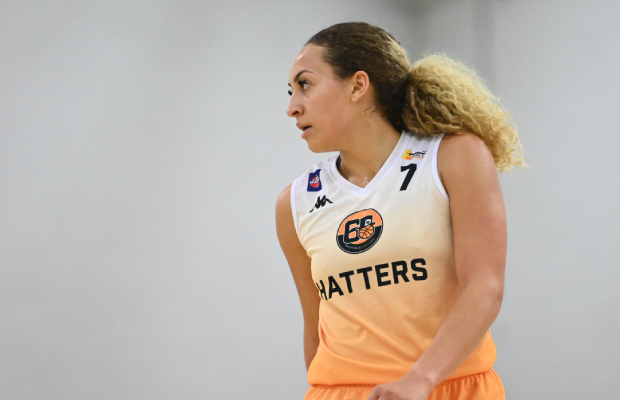 Sheffield are still unbeaten in all competitions, including the 5-0 league start as they sit in joint first position alongside Sevenoaks Suns and London Lions – who they host this weekend in the Cup semi-final with Gayle looking forward to the challenge.

“I am ready to play,” said Gayle. “I have missed my team the last few weeks, this week we are going to be training hard to give London a game. We’re hoping to cause an upset and I do think we have the capability to do it.

“I do think we haven’t reached our potential as a team as we have a lot of talented players. We’re always learning, and we’re getting better each week. I think some of our players are yet to show what they can do, so hopefully it comes out this weekend.”

The encounter also pits Gayle against her GB teammates having played alongside the Lions trio of Holly Winterburn, Shanice Beckford-Norton and Azania Stewart during the qualifiers.

“I think we all know how to be professional and switch on that game mode. It’s always hard to play against your friends, especially in games like this when I’m sure it’s going to be close and both teams desperately want to win to get that spot in the Cup Final.

“The good thing is, all the GB girls are great people so I know overall it’s going to be a fun game.”

It was also a first appearance in any WBBL comp since the 2017 playoffs.

Gayle is a former WBBL Young Player of the Year award winner and came back to the Hatters this season following a college stint in America and a season in Spain, while the WBBL club had a year out of action.

And, Gayle is already showcasing the improvements to her game with the aim of being as effective as possible in helping the success of her beloved family-led club.

“My focus this season is on having all-round games rather than just focusing on scoring. It’s important I contribute in more ways than just one.

“My shot has developed since being in America, too, whereas before I liked to put the ball on the floor more.”

Sheffield host London on Saturday to determine the WBBL Cup’s first finalists with the winner awaiting the outcome of the Newcastle Eagles and Leicester Riders encounter in a couple of weeks.