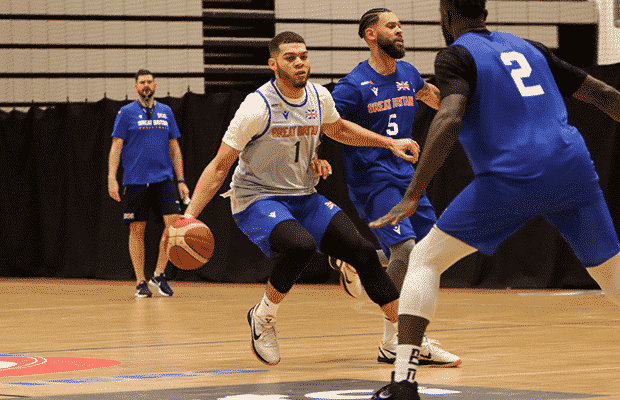 The 12-man squad features one new addition in the London Lions’ Jordan Williams – who was not in the initial 24-man roster announced, the return of Kavell Bigby-Williams for the firs time in four years, and is missing regulars Ovie Soko and Myles Hesson who remain with their clubs in Japan.

Ironman Teddy Okereafor will set a new record for most consecutive international games played with his 50th cap, while Dan Clark (108 caps) moves closer to becoming GB’s all-time international cap winner with only Eric Boateng (116 caps) ahead of him.

"We're progressing the right way and we're excited for the game"

Head Coach Marc Steutel reflects on the week in camp ahead of tomorrow's game.#BritishBasketball pic.twitter.com/jNzUZGsbAV

Carl Wheatle is back for the first time since GB played Germany in Newcastle in February 2020 and Manchester Giants forward Jamell Anderson is back to win his third cap.

GB, 42nd in the FIBA world rankings, head into the game against Greece, ranked 10th, in unprecedented form having now won 11 of their past 13 games.

A 94-73 victory over France and a thrilling 83-81 buzzer beating win over Olympic participants Germany in February secured GB’s place in next summer’s FIBA EuroBasket.

The game will be streamed live by BBC Sport on iPlayer and the app.