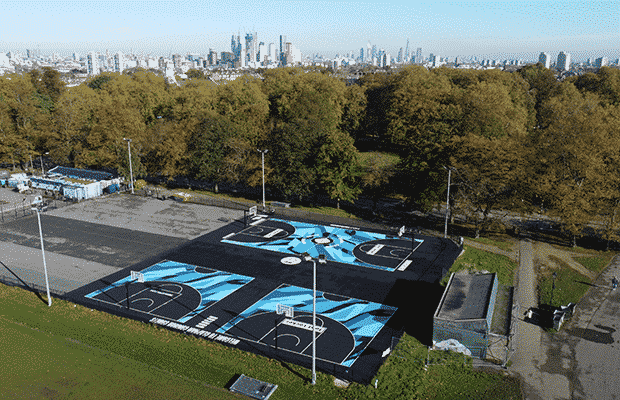 Foot Locker in Europe, in partnership with the NBA, Hoopsfix, Basketball England, and Lambeth Council, today announces the completion of the newly refurbished Clapham Common basketball courts as part of its ongoing basketball community program ‘Raise the Game’.

The project that started in 2018 with Hoopsfix looking for a court to renovate, was picked up in 2020 under Foot Locker’s Raise the Game campaign that aims to support and fund the local basketball networks and organisations that are invested in driving change within their communities, as Clapham now joins The Baltizone in Paris, Via Lazio in Milan, and Poblenou in Barcelona as refreshed courts. 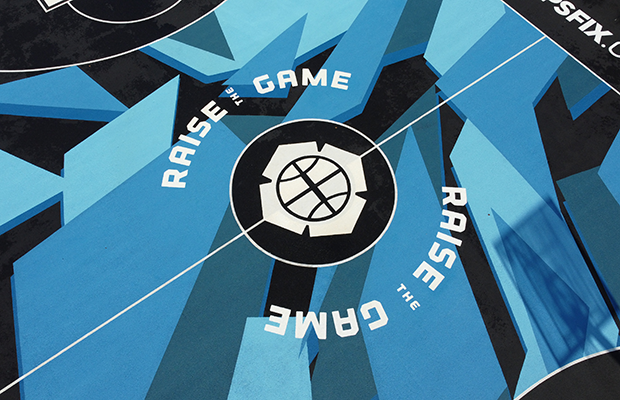 The courts – which you can follow on Instagram @claphamcommoncourt – feature FIBA regulation markings across one full court and two half courts, regulation perspex backboards and spring-loaded rings, and an art-design concept developed by Peter Simmons from brand and marketing agency, 5or6.

There remains bleacher seating to be installed in the coming weeks which has been delayed by global supply chain issues, as the courts will become the best outdoor basketball venue in the country. 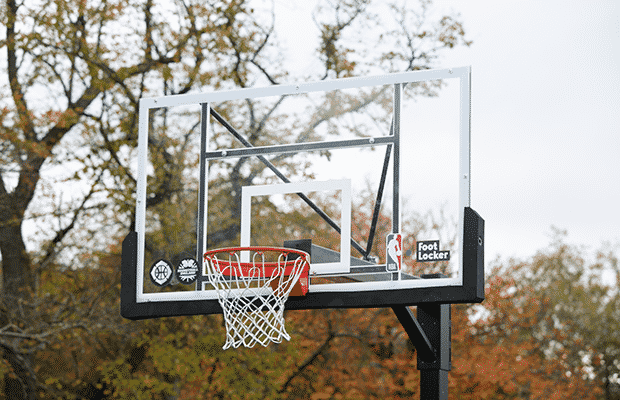 The Hoopsfix Foundation made a small financial contribution to the project – which was predominantly funded by Foot Locker – out of profits from the annual Hoopsfix All-Star Classic, making it a true community-funded project.

Former Brixton Topcats player and artist, Sevian Witter, also has designed basketball kits inline with the court design for the local community that will be distributed. 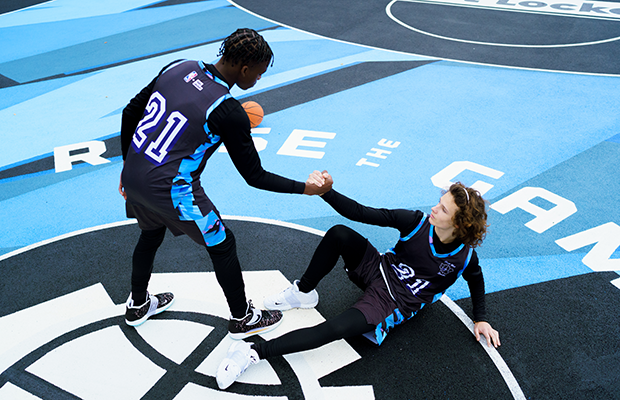 To celebrate the re-opening of the new Clapham Common court, a launch event will take place this Sunday 7th November, with various open sessions including shooting contests, competitions, coaching sessions, and scrimmages. 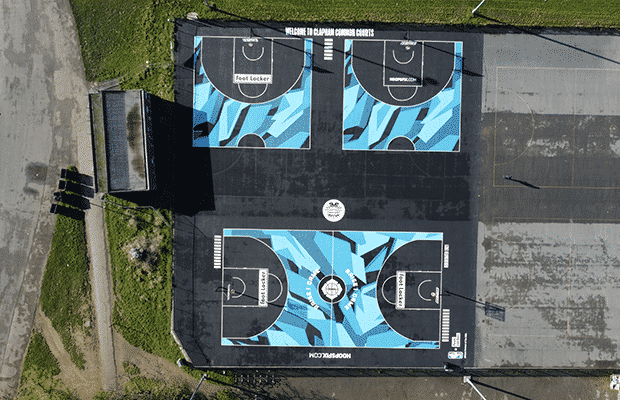 “I still can’t quite believe this has finally happened,” Sam Neter, founder of Hoopsfix said.

“It’s been 3 years in the making to get it over the line, but it was so worth it and will benefit the London hoops community for decades to come. I can’t thank Foot Locker enough for their support in making it a reality, along with the NBA and Basketball England. I’m looking forward to Clapham Common becoming a hub of basketball activity and being able to run our own events there every summer!” 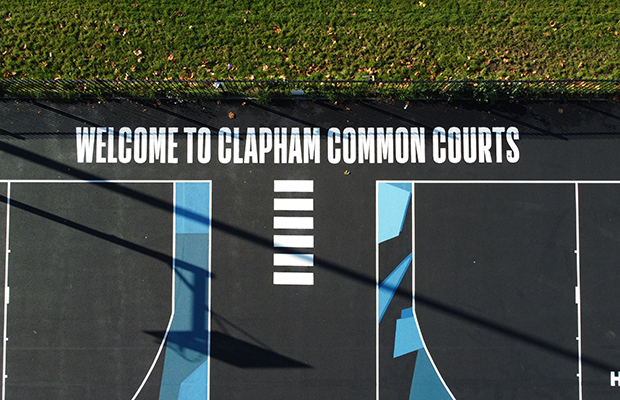 Susie Kuhn, SVP & GM at Foot Locker Europe said: “As part of our commitment to inspire and empower youth, basketball continues to be a key pillar for our brand for what it represents: community, inclusivity, hope and empowerment. We have already provided the local grassroots communities in cities such as Paris, Barcelona and Milan with tools and the support to thrive, and with this next step in London, we hope to continue helping the roots of a sport and culture that represents our values as a brand.

“The opening of the newly refurbished court in Clapham today, is the next step in our programme in London, helping to promote inclusivity and bring the youth community together socially.” 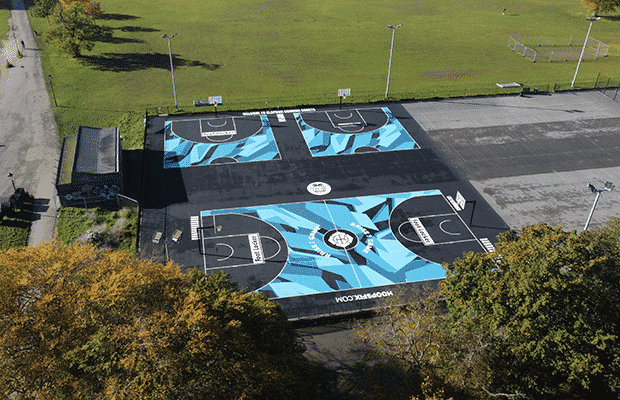 NBA EME Director, Global Partnerships, Nick Cowell commented: “We are very pleased to celebrate the
unveiling of this freshly refurbished court in Clapham Common, alongside our long-time partner Foot Locker. Having recently tipped off our 75th Anniversary Season, it’s the perfect time to reward fans in this community with a space to come out and enjoy the game of basketball together and we are
confident it will thrive as a hub of both social and sporting activity for years to come.” 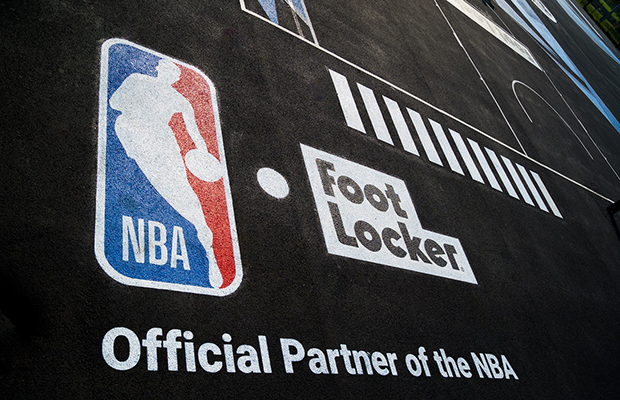 Basketball England’s acting COO, Pete Griffiths added: “It is fantastic to see this great collaboration come to fruition in such a stunning way for the benefit of basketball. The courts look amazing and will be a huge asset to the community and the sport. The great work done here by all involved sets the bar really high for what can be achieved through partnership, hard work and imagination. It is a brilliant example and inspiration for others to get involved in similar work through our #ProjectSwish initiative.” 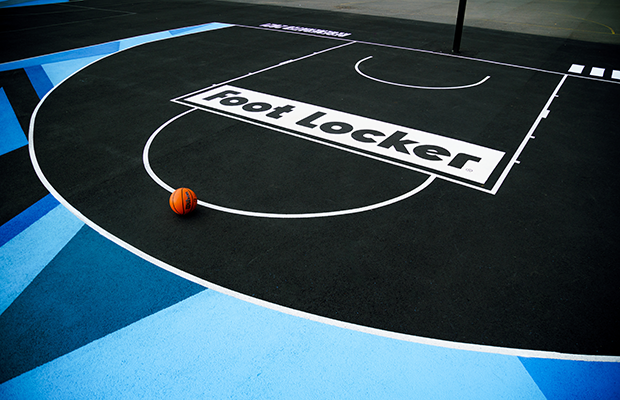