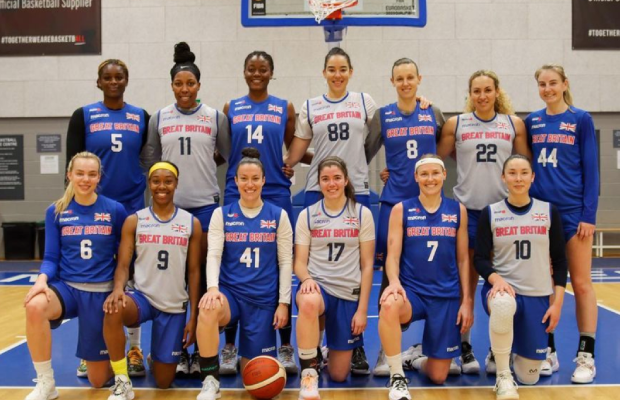 Club teammates Shanice Beckford-Norton and Holly Winterburn will make their GB Senior debuts this week after being confirmed amongst the final 12 for the double-header against Greece and Estonia.

The back-court duo are part of the London Lions trio – alongside Azania Stewart – amongst the squad for the first window of the EuroBasket 2023 qualifiers.

Chantel Charles and Eilidh Simpson – suffering from an ankle injury – are the two players to miss out from the squad of 14 that were in camp in Manchester with GB welcoming back Rachael Vanderwal following a lengthy injury absence.

Temi Fagbenle and Cheridene Green have made strong starts in EuroCup action, while sharpshooters Karlie Samuelson and Chantelle Handy also arrive from overseas with their stints in EuroLeague.

GB host Greece in Manchester on Thursday evening with the game shown LIVE on BBC Sport website and red button.