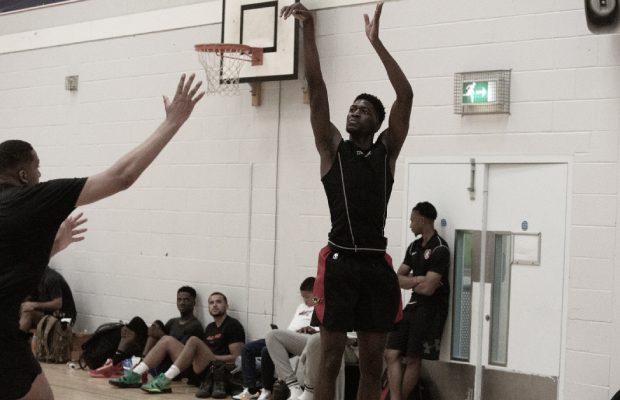 Joe Junior Mvuezolo is making the move to Sheffield Sharks ahead of the 2021-22 season for his latest stint in the BBL.

The Londoner heads north having previously had short spells at Surrey Scorchers and Leicester Riders, whilst playing most recently overseas in Spain.

Mvuezolo played at two different clubs in LEB Silver – Spain’s third tier – with averages of 8+ points per game at both clubs with 24 league appearances in the campaign.

A post shared by B. Braun Sheffield Sharks (@sheffieldsharks)

“Joe can play on both ends of the floor, has talent as a solid defender from the help side and is a great rim protector,” said head coach, Atiba Lyons. “His signing gives us size, athleticism and depth, which are attributes that will prove invaluable to us in the coming season.”

The versatile forward was announced as the Sharks’ fifth summer signing with captain Mike Tuck back for his 13th season at the club.