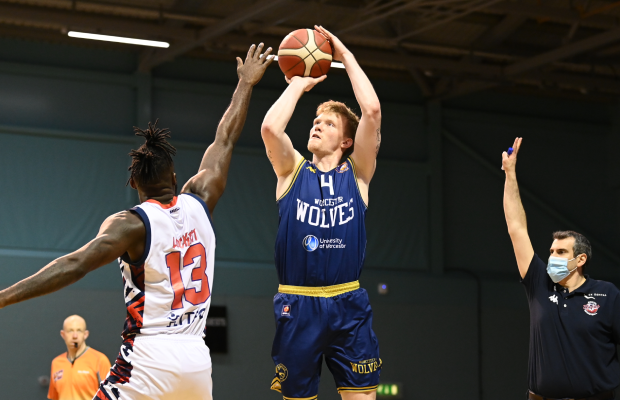 Josh McSwiggan has joined Cheshire Phoenix for another season in the BBL having previously been part of the club’s junior programme.

The GB Under-20 guard/forward had success at Under-14 level a decade ago and returns following a year at Worcester Wolves, averaging 7.9 points per game in 20 league appearances.

McSwiggan opened the 2020-21 season with a 22-point haul in the Cup, but would only reach 20 points on one occasion in the regular season having dealt with injuries.

“I’m really excited to be part of the Cheshire Phoenix this season,” he said, via release. “I think it’s very fitting being back where it all started for me. I’m extremely grateful for the opportunity and I can’t wait to get to work with the team.”

Head coach Ben Thomas added: “This signing really adds a whole new dimension to the team. We now have another high level 3 point shooter but with real size and versatility.

“Last season with the Wolves we saw, at times, what Josh can do at this level. After speaking to him I know that consistency is one of his main goals this season and we are looking forward to working with him to achieve this.”

McSwiggan links up with GB Senior guards Teddy Okereafor and Jules Dang Akodo who have also made summer switches, while Kyle Carey returns for another season at the club.