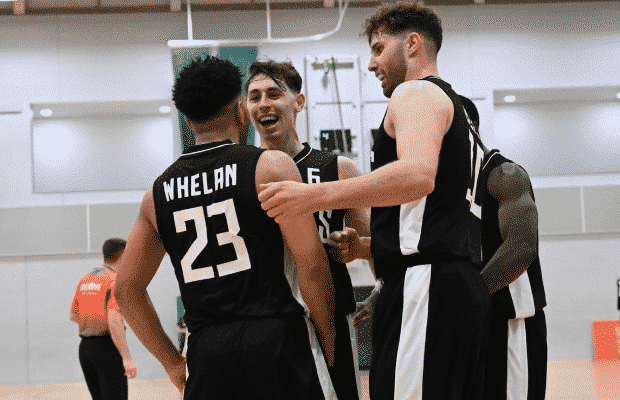 Manchester Giants have retained their British core with Jordan Whelan, Jack Hudson and David Ulph returning for another season with the club.

The North-West trio take the club’s confirmed number of signings to five ahead of the 2021-22 season following the additions of fellow Brits Jamell Anderson and Josh Steel.

Whelan joined his hometown team in the summer of 2020 – following spells at Worcester Wolves and London Lions – and put up 14.8 points per game as one of the team’s leading scorers last season.

“I’m excited to be back again putting the jersey on for my city, family and friends,” said Whelan, via release. “Last year was just a start and through the ups and downs, we left a lot more to accomplish this season.

“Fans will be back to feel the energy and witness what basketball can be in Manchester, can’t wait to get back in the gym with the team and get to business.”

Meanwhile, Ulph had his best season to date with performances gaining recognition from coaches around the league having earned a spot on the BBL’s British Team of the Year with 11.4 points and 9.2 rebounds per game.

Hudson was handed increased responsibility for the Giants at the point guard position and handed out 4.0 assists per game in 26 league appearances, continuing the partnership with Ulph from their time at Liverpool.

The Giants missed out on the playoffs last season, despite making a strong start to the season with Lloyd Gardner taking over the coaching reigns from Danny Byrne in the concluding months.