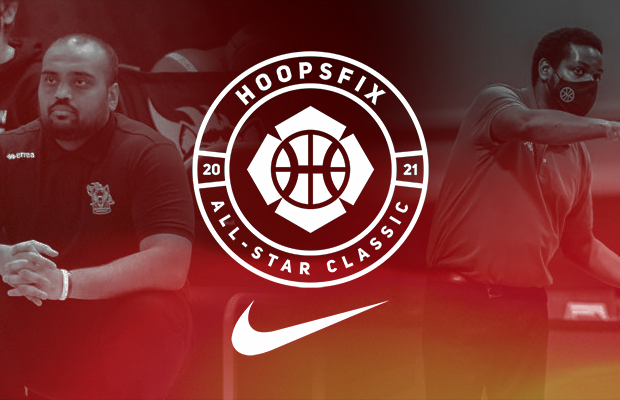 Krumesh Patel and Kenrick Liburd have been announced as coaches in the Under-19 Women’s game at the Hoopsfix All-Star Classic in London, on Saturday.

The highly respected play-callers take the reins in the second edition of the game with Patel leading Team Black, while Liburd is in charge of Team White – the players were announced on Monday.

Patel has spent the last two years in Sweden with top-flight side Wetterbygden Sparks and has recently been rewarded with a new three-year deal. His coaching career began with Leeds University before progressing to become Director of Women’s basketball at Leicester Riders having won multiple titles at junior and senior level at the club.

“I’m grateful for the opportunity to be apart of a prestigious event,” said Patel. “The women’s game is growing, what Hoopsfix is doing is only adding to the growth and something that should recognised. It’s exciting for me to have a chance to coach girls that will be future U20s and Seniors for GB.”

Meanwhile, Liburd is currently head coach of WBBL side Nottingham Wildcats with nearly two decades of experience on the sidelines since starting as an assistant at University of Maine at Machias in the NAIA. The GB Under-18 play-caller has also spent time at Barking Abbey and Oaklands before settling with the Wildcats in 2018.

Liburd commented: “I’m really excited to be involved in this event, promoting British basketball and showcasing some of the best female talent in our country is imperative to continue to drive they game forward. I just can’t wait to be involved.”

In 2019, Nick Drane’s Team White came out on top over Team Black, who were led by Jackson Gibbons.

The day will be streamed live at hoopsfixallstarclassic.com from 11:30am