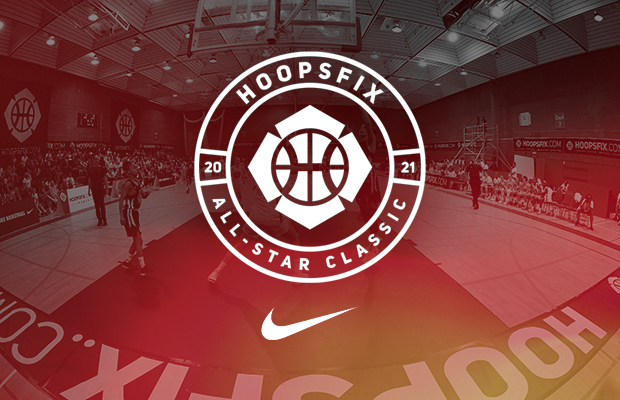 The rosters for the 2021 Hoopsfix All-Star Classic Under-19 Women’s game have been confirmed with 24 of the best young talents in British basketball ready to take to the stage.

This will be the second women’s game in the history of the Classic following on from the success of the inaugural game in 2019, in which Holly Winterburn was named MVP after leading Team White to victory.

Cameron Taylor-Willis, Pollyanna Storie and Shaniya Rose are the three returning players that suited up in Brixton, while they are also amongst 14 players that were named on rosters for the cancelled 2020 event – which could not take place due to the coronavirus pandemic.

Taylor-Willis is one of four members of the double-winning Ipswich team this season with Newberry College bound Ella Pearson also on Team Black, while Susannah Rafiu and Becky Harwood-Bellis – who left mid-season – link up on Team White.

Two members of the WNBL D1 British Team of the Year from City of London Academy go head-to-head as Isimenme Ozzy-Momodu and Simona Henshaw – who heads to Florida Atlantic next season – are pitted on opposite sides of the floor, though fellow CoLA forward Molly Lavin joins Henshaw on Team White.

Katie Januszewska is another member of the WNBL D1 British lineup on Team Black having also stepped up to the WBBL side – winning the Cup title with Leicester Riders – and faces a potential matchup against Loughborough team-mate Molly James.

Barking Abbey duo Ines Goryanova and Leia Edwards become the youngest participants with the 2006-born pair going up against each other. Goryanova is joined by another BA member with Chenai Mushore also on Team Black, while Edwards has Nikola Kuzmanovic for company having been part of the WBBL side’s academy contingent.

Ella Doherty joins fellow Scot and Caledonia Pride team-mate Storie in their final game before heading off to Toledo and University of Calgary, respectively, and they will reignite their battles from the practice courts.

Nottingham’s Mariam Olawoyin is in familiar company alongside Rose on Team Black, while Maisie Evison adds to the back-court depth for Team White alongside Doherty with Solent’s Anna Nevison also making a debut appearance.

The rosters for the Under-19 Women’s game are as follows:

Meanwhile, there were players in line for selection that are not able to participate in the game that we would like to recognise.

Esther Little – who heads to Gonzaga as the MVP of the recent WNBL D1 playoffs final – and Becky Dwomoh are both unavailable due to their impending travel to the States, while UIC commit Tamara Fournillier-Onadeko and CoLA’s Emilie Black are both ruled out through injury. Jocie Leavold and Jannike Marshall also received invites.