Future Stars returns with impressive line up for 2021 - Hoopsfix.com

Future Stars returns with impressive line up for 2021 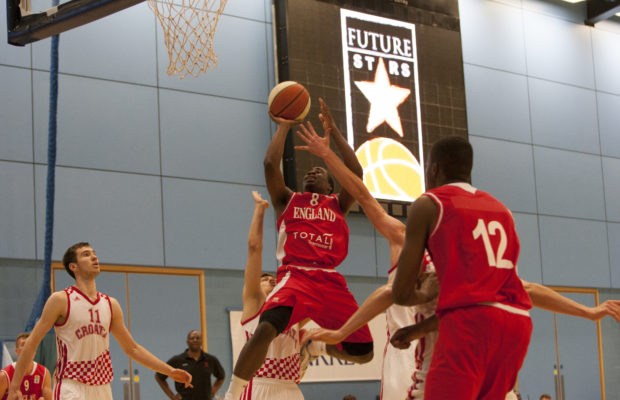 After a year long break due to the COVID-19 pandemic, the Future Stars U18 International Tournament returns to Brunel University in August.

Taking place from the 27th to the 29th August, the tournament will provide a platform for top U18 European club teams, along with the England U18 national team, and a USA Elite team.

Maccabi Tel Aviv, Movistar Estudiantes Madrid, Valencia Basket join the line up, along with the aforementioned England U18 National Team, plus London United and what is expected to be a talented USA Elite squad put together by AAU team owner Linzy Davis.

Linzy, who previously has brought the likes of Carmelo Anthony, and Kevin Durant to Europe has left no doubt about the strength of his team.

“We have put together a special roster filled with the best players in the USA,” he said.

“This may prove to be the most talented team to ever come to Europe. We are loaded with potential future pros and I’m talking here pros going to the NBA.”

The event is the brainchild of Jack Majewski, owner of London United, who have always received a host-team spot.

“We are beyond delighted to be able to get back to action after an incredibly frustrating period of inactivity caused by Covid-19,” Majewski told Hoopsfix.

“This years Future Stars will be better than ever because it is a very important step towards our main goal which is provide a platform for the best young players from all over the world to compete against each other. Finally we have a situation where top young European players can measure their skills against top Americans.

“In the future we would like to expand it to having teams from Australia and Africa. What I also like it is the fact that basketball powerhouses like Maccabi Tel Aviv and Estudiantes wants to work with us on a long term basis; providing us with a form of continuity which is crucial in building serious projects. It must be also stressed that the continued support of Basketball England is vital for us in building our event.”

Future stars has always served as an important part of the England junior national team preparation.

“Future stars is the best youth age domestic tournament in our country and has been for a number of years,” Steve Bucknall, Basketball England’s Performance and Technical Manager said.

“As for performance, our increased awareness of providing elite players with better competition opportunities is a key strategy in developing our emerging talent.

“We want to accelerate the growth and learning of tactical skills and the technical and mental robustness required by our players so they can win big games at the Euros. The emphasis at the Future Stars event has always been the development of our aspiring coaches and the athletes and this year will be no exception.”

Keeping with tradition the Future Stars 2021 event will also feature a National Coaching Clinic with top European coaches specialising in working with young players sharing their expertise with the UK audience.

Full schedules and more information is expected to be released in the coming months.