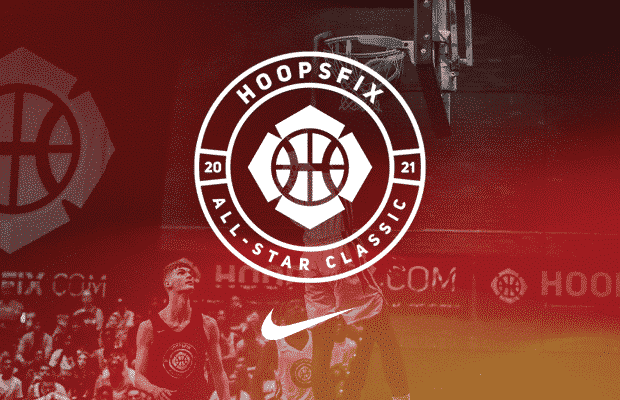 The Hoopsfix All-Star Classic will return for its sixth edition with the 2021 event confirmed to take place on Saturday 19th June at Battersea Sports Centre, in London.

The showcase of the top junior talent in British basketball is back after being cancelled last year due to the coronavirus pandemic, which continues to disrupt normal preparations.

More-so than ever, the event would not have been able to happen without the valued support from partners Nike, SportServe, Foot Locker, Molten, 5or6, Red Bull, and Always Ballin’.

Battersea Sports Centre becomes the third venue to provide the backdrop for the event, which is reverting back to taking place over a single day, and unfortunately will have to be played without fans.

It means the focus will move to online, where the event will be live streamed across Hoopsfix’s social platforms.

Two Under-19 games are on the schedule with the second-ever women’s game at 12:30pm followed by the men’s game at 5:00pm that will see a mixture of Class of 2021 and Underclassmen suiting up, while players will also battle it out in the three-point shootout (11:30am) and dunk contest (4:00pm).

“For months, I convinced myself we would have to cancel again, so to be this close to pulling it off is great,” said Sam Neter, owner of Hoopsfix.

“With that said, it is gutting not having fans this year because that’s what makes the event so special, but we just couldn’t go two years without running the Classic.

“A huge shoutout to all of our incredible partners – we’re extremely grateful for their support and looking forward to another great day despite the conditions.”

A number of COVID-19 protocols have been put in place to ensure the safety of all players and staff on the day.

The event is organised by the Hoopsfix Foundation, the not-for-profit arm of Hoopsfix.com, with any profits being ploughed back into the growth and development of the British game.

The rosters will be revealed in the coming days, with further details to come on how you can watch and follow along on the day.

Use the hashtag #HASC21 on all social media platforms to help spread the word, and be in with a chance of winning prizes around the event.