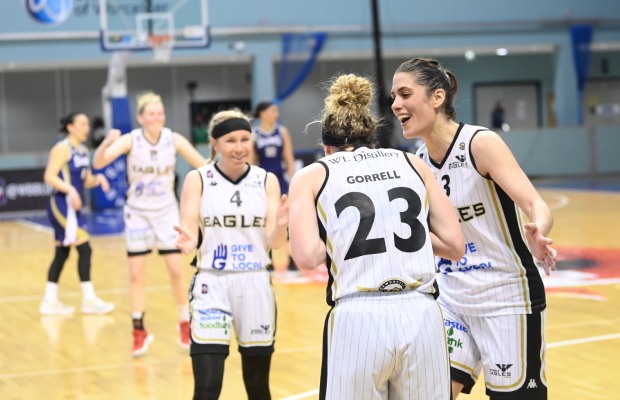 Newcastle Eagles pulled off another huge upset in the WBBL playoffs as they stunned top-seeds Sevenoaks Suns to win 79-72 in the semi-finals, in Worcester.

Alison Gorrell recorded a triple-double with 22 points, 11 rebounds and 10 assists to help send the number-seven seeds through to back up their last eight upset over Leicester Riders.

The Eagles made a solid start on the defensive end to hold their opponents to just four points through five minutes. McVicar hit consecutive triples to help her side into a 16-9 advantage, but that would be cut down to two points after 10 minutes.

Monakana netted her second three to start the second to edge Sevenoaks 20-19 ahead before scoring five straight at the latter-end of a 15-2 run. Gorrell ended the half with a stepback three to beat the buzzer with the Eagles back to 40-32 at the interval.

Sevenoaks restored their double-digit cushion when play resumed in an ominous early sign, but the number-seven seeds proved once again they had no quit with an impressive response. Lowe sparked the bright spell with a three before following with an and-1 as triples from Gorrell and Rachael Bland helped tie the game at 48-48.

Lowe then had the final score of the quarter to edge the Eagles back in front at 52-50 off the back of a 22-12 period with a momentum swing in the contest.

The outside shots kept dropping for Chris Bunten’s side as Bland and Lowe knocked down further threes to make it 62-56. The Suns were soon back to within one, but Newcastle remained aggressive and kept their opponents at bay with big plays once again down the stretch to cue more jubilant scenes.

The playoffs final will take place at the Morningside Arena, in Leicester, on May 16th.