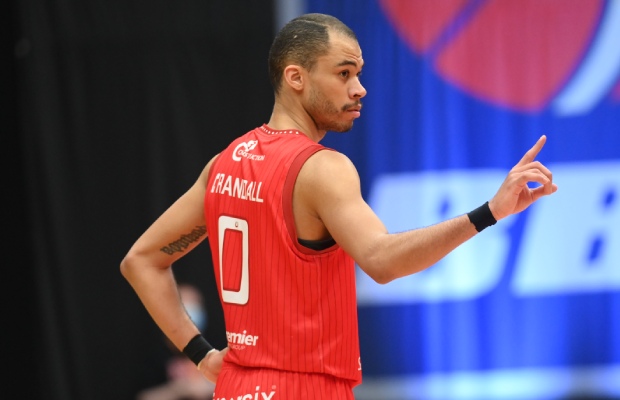 Leicester Riders have confirmed the re-signing of Geno Crandall for the 2021-22 BBL season.

The American guard earned the league’s MVP honour – as voted by the league’s coaches – and also topped the voting for BBL Player of the Year in the annual BJA awards.

Ladies & gentlemen… we got him. pic.twitter.com/jdWE33TRwf

Crandall averaged 15.9 points and 7.8 assists per game in his rookie year in the league with the former North Dakota and Gonzaga guard signing following a season in the Czech Republic.

The 24-year-old played a key role in leading the Riders to their fifth BBL Championship title.

“I’m excited to be coming back to the Riders next season,” said Crandall. “I have loved my time here and I can’t wait to play for the Riders again, this time with fan support at the arenas.

“I found a home in Leicester, the club, teammates and staff made me feel so welcome.”

Earlier this week, the Riders also announced that long-serving head coach Rob Paternostro had signed a new five-year deal with the club.