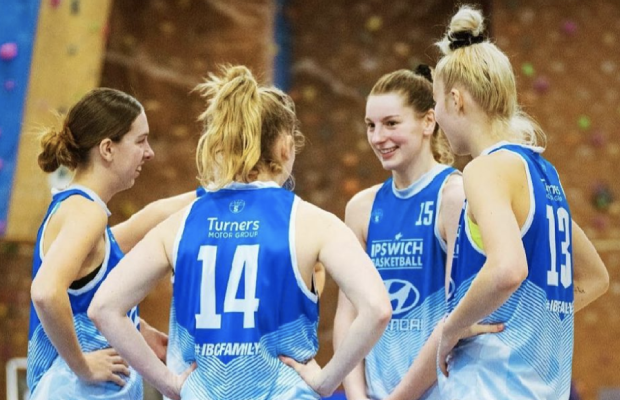 Nick Drane’s side were awarded the league title when last season was curtailed due to the coronavirus pandemic – and their latest win puts them at 15-2 with one game to spare in another disrupted campaign.

The hosts opened up a 26-9 advantage through 10 minutes before extending the gap with a 10-0 start to the second. Ipswich’s lead moved beyond the 30-point barrier in the contest against their second-placed opponents to win in convincing fashion.

Esther Little recorded 15 points on 7-of-8 shooting along with 16 rebounds and eight blocks with fellow junior Cameron Taylor-Willis firing in a game-high of 26 points with eight rebounds. Leading MVP candidate Harriet Welham added 18 points in the win.

Ipswich had seen their unbeaten start to the season end in their previous meeting with Loughborough, in December, after Makana Stone’s game-winner sealed a one-point triumph.

Four consecutive victories followed upon their resumption in February before suffering a first home loss to Nottingham Trent University. Ipswich were quick to return to winning ways again with momentum with them ahead of the playoffs that start later this month.