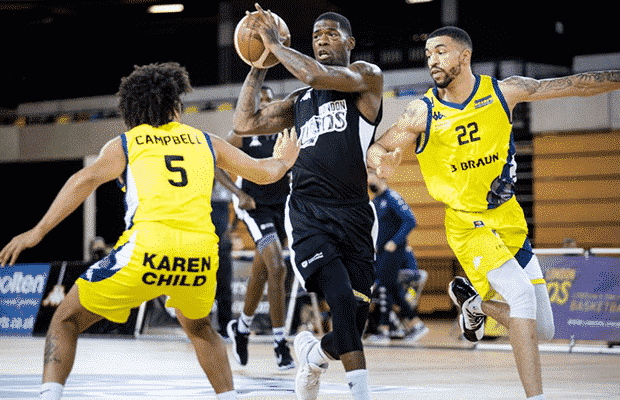 The BBL has named the 2020-21 Molten BBL Defensive Team of the Year, as voted on by BBL Head Coaches.

Liggins headlines the five, a two time NBA G-League Defensive Player of the Year, having showed his versatility by guarding opponents’ best players across a variety of positions throughout the season. He finished the campaign eighth in the BBL in steals with 1.6 per game as Lions forced the most turnovers of any team, and his 4.8 defensive rebounds were seventh among guards and wings.

Newcastle’s Cortez Edwards comfortably led the league in steals with 2.8 per game and totaled 83 in league play as Eagles were second overall in turnovers forced; that included multiple steals in 22 games, with a season high of six against Glasgow in April and eight times nabbing at least four. Amazingly, Edwards was also 10th overall in the BBL for defensive rebounds (5.4 per game) and the biggest rebounding guard at just 6’2″.

Anderson frequently sets the tone defensively for League winners Leicester, given the toughest assignments and picking up opposition point guards. Anderson received six votes from BBL Head Coaches and is the only person to have featured in a previous Molten BBL Defensive Team of the Year, having done so in 2015-16, while becoming only the eleventh player in BBL history to have made more than one appearance.

Anderson’s teammate William Lee anchored the paint for the league’s best defence, as he was joint-second in the BBL in blocked shots with 1.3 per game, and third in defensive rebounding with 6.4 per outing, also nabbing one steal per game and playing smart defence to average under two fouls.

Plymouth’s Ibeh received the second most votes for the team, as the London-born rim protector led the entire BBL, by quite some distance, in blocked shots at 1.8 per game. That included a huge seven blocks in a single game against B. Braun Sheffield Sharks and multiple blocks in six of his 16 league appearances.