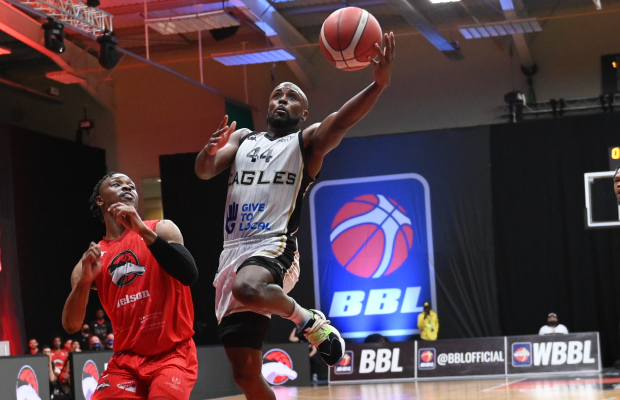 Leicester Riders and Plymouth Raiders have leads to take into the second legs as the semi-finals began in Leicester, on Tuesday evening.

The Riders battled past Newcastle Eagles, despite a big lead early on, while Plymouth ended the long winning run of London Lions.

Here’s a recap of the first legs of the semi-finals:

Leicester will take the narrowest of margins into the second leg after beating Newcastle 77-76, on Tuesday evening. Rob Paternostro’s side had been up 20 early in the second, but ended up needing a strong finish to avoid defeat as an exciting finish ensued in a tense duel.

The Riders had seemingly broke clear at the midway point of the first quarter as a dominant spell followed. Geno Crandall instigated a pivotal 16-1 run with threes from Conner Washington and Corey Johnson putting their side up 32-14.

The gap hit 20 points with Mo Walker’s opening score in the second, but the Eagles hit back with Fletcher leading the way by scoring his side’s final 10 points of the quarter with Gordon scoring eight to reduce their arrears to 11.

The Riders re-established control with an 8-2 close to third to take a 68-52 advantage into the final 10 minutes. But back came Newcastle once again with Fletcher netting 10 points in a 15-0 run that came in a timely four-minute spell.

They then took the lead at 71-72 with 1:53 remaining before William Lee would cap a mini 6-0 burst with five straight points to put the Riders back ahead. Fletcher then moved to 34 points with his score followed by a late Darius Defoe putback to finish in a one-point defeat.

Plymouth have control in their tie with London as they produced a big performance to record a 92-80 success.

The two teams traded baskets throughout the opening period with a three from Ryan Beisty sparking a 5-0 close to put Plymouth up 18-16. They then used a 9-2 run to open up a nine-point lead off the back of five straight from Rickey McGill. 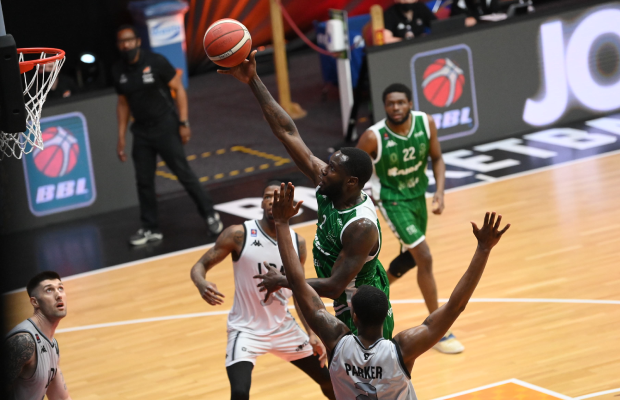 London battled back to within through the outside threat of Jules Dang Akodo and inside prowess of Fahro Alihodzic, but a 10-1 finish gave the Raiders a 46-34 lead to take into the break. The Lions then came out firing in the third, outscoring their opponents 20-10 to make it a one-score game.

However, they could not take the next step in taking the lead as Plymouth held firm and made a 5-0 start to the fourth. They continued to keep the Lions at bay as they avenged the Trophy final loss, though they are only at the halfway stage of the tie with effectively a 12-point headstart on Thursday as McGill hit a late three to finish with 28 points

Ashley Hamilton added 23 points in the win, while DeAndre Liggins finished with a 16-10-12 triple-double on a tough shooting night.