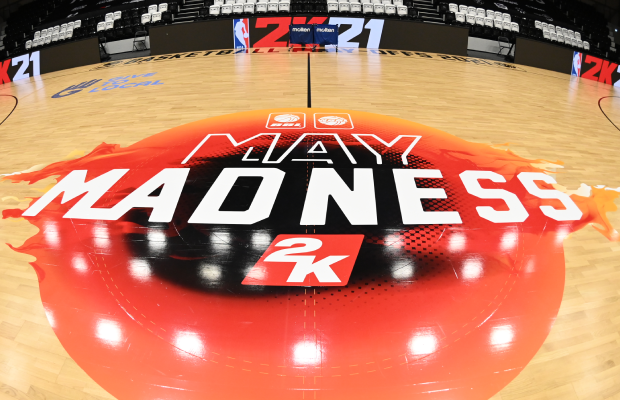 The 2021 WBBL playoffs continue on Friday night with the final four teams battling it out for a place in the showpiece finale.

Here’s a look at both semi-finals ties that will be decided over single legs: The league champions took care of business in the opening quarter-final tie as they came through the challenge of Oaklands Wolves with a 76-59 victory. Irene Garrido-Perez top scored with 20 points in the win, while April’s Player of the Month Cat Carr continued her impressive form with an 18-10-8 stat-line to help lead the way, once more.

Newcastle pulled off the biggest upset in WBBL playoffs history. They stunned second-seeds Leicester Riders – who had finished the regular season 18-2 with wins over London and Sevenoaks – with a dramatic 79-73 triumph on home soil. Abby Lowe produced her best performance of the season, combining for 50 points with Alison Gorrell as they held their nerve down the stretch.

Both league encounters were won by Sevenoaks in contrasting fashion with the two games taking place a few months apart. The first took place in Newcastle on the opening weekend of the league campaign in December with the Suns running out convincing 47-75 victors with 22 points from Cat Carr.

Departures followed with Newcastle losing European duo Lisa Koop and Mante Kvederaviciute, while Julia Koppl left Sevenoaks. The teams met again in March with Chris Bunten’s side enjoying a mid-season resurgence at this point and gave their opponents a stern test before going down 72-65 at Surrey Sports Park. Maddy McVicar and Alison Gorrell combined for 47 points in defeat with all five starters in double figures for Sevenoaks – including double-doubles for Carr, Ta’Yani Clark and Lavinia Da Silva.

“We are looking forward to game against Newcastle – they have tough and relentless players as seen when they knocked out the favourites. Any player is able to step up at anytime. We will continue to do what we’ve been doing all year, which has worked for us. Controlling what we can control. It will be an exciting game for sure,” – Lavinia Da Silva, Sevenoaks Suns forward.

“Sevenoaks is a very talented and experienced team. It’s going to be tough but I think we’ve proven we can play with anyone when we’re focused, and that in May Madness anything can happen,” – Maddy McVicar, Newcastle Eagles guard. The Lions secured a 92-65 victory over Essex Rebels to mark the club’s first win in the WBBL playoffs since 2015. Kennedy Leonard defied belief with another astonishing stat-line including a post-season record of 16 assists to go with 22 points, eight rebounds and eight steals. Stephanie Umeh also posted 22 points along with 13 rebounds off the bench with GB’s Chantel Charles adding 18 points as the Lions pulled clear.

For the Wildcats, they were relatively untroubled on their way to a fifth win over Manchester Met Mystics this season. Chelsey Shumpert fired in 15 of 26 points in the fourth to repel any fightback as Nottingham had established early control through Simone Costa – who finished with 20 points – and Moa Lundqvist, who posted another big double-double of 16 points and 15 rebounds.

The Lions have dominated the previous matchups, including an emphatic 64-96 triumph in the WBBL Trophy final. Nottingham lost star centre Jasmine Joyner inside the opening two minutes to a season-ending injury and Mark Clark’s side took full advantage to win their first piece of silverware as Kennedy Leonard landed the Finals MVP award after finishing with 21 points, nine assists and seven steals.

Their first league meeting in January was the Cassie Breen show as the American guard poured in 35 points – 29 in the first half ALONE – and led the way in the 74-94 road win, overshadowing the 37-point display from Joyner. London sealed the series sweep in the league with a 79-61 home success as Leonard and Stephanie Umeh both netted 21 points apiece with a 22-9 final quarter increasing the final winning margin.

“I think it is not going to be easy but we are ready. Play-offs are different kinds of games. You go hard and win or you go home. So I think that we have to be play hard, make our shots, have a good defence, play as a team and just do what we do. The matchup with Nottingham will challenge us, but I believe we are well prepared and we are excited to face them again,” – Valentina Klocker, London Lions forward.

“We know that London Lions are a good team, with talented players. It will definitely be a battle throughout. However, since the Trophy final, several people have stepped up and we’ve improved immensely. We are ready to compete and get the job done,” – Becky Dwomoh, Nottingham Wildcats forward.