Eagles through with draw, Raiders also advance to semi-finals - Hoopsfix.com

Eagles through with draw, Raiders also advance to semi-finals 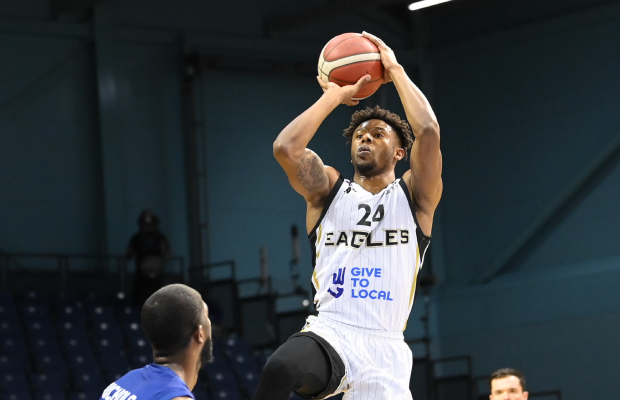 Newcastle Eagles and Plymouth Raiders completed the semi-finals lineup after coming through their last eight ties, in Worcester.

The Eagles secured a dramatic draw to advance by two, while the Raiders made sure their game did not go down to the final possession to see all four top seeds through.

Here are the recaps of the second-leg ties:

Newcastle advanced in unusual circumstances as they battled back to secure an 81-81 draw against Sheffield. The Eagles trailed by as many as 14 on the night in the fourth, but rallied down the stretch with Justin Gordon’s decisive tip-in with 0.7 left on the clock making it 160-158 on aggregate.

The Embodiment of Toughness: @RFletcher_44 and co. came back from 14 down to tie the game at 81-81 on a jumper by @J_Gore24 and progress by two on aggregate in the @bblofficial playoff quarter finals. Welcome to May Madness ladies and gentlemen! #BritishBasketball pic.twitter.com/51q0fJwy6K

The fifth seeds had started well to lead by nine at 24-15, but the Eagles recovered to tie the game with an 8-0 run in the second. Sheffield restored their advantage to move 43-38 ahead at half-time and despite leading by 11 in the third, the gap would remain at five with 10 minutes left.

The Sharks opened the fourth with a 9-0 run – capped by a three from Mike Tuck to make it 70-56 with 7:29 left in the game. Newcastle began to whittle away at the deficit through scores from Cortez Edwards and Evan Maxwell before Louis Sayers hit a corner three to make it a five-point game.

Jordan Ratinho and Gordon traded triples, but the Cup final MVP’s next score was followed by a free throw from Edwards to tie the game at 79-79. Jeremy Hemsley’s floater put the Sharks back on top in the second leg before Gordon came up clutch again.

The Sharks still had a shot at winning on the night, and forcing overtime, but agonisingly missed out with a missed attempt as the buzzer sounded. Kipper Nichols had 20 points without a miss for the Sharks, while Gordon finished with a 25-point haul for the Eagles.

Plymouth moved into the semi-finals after backing up a first-leg victory to beat Worcester 96-81 on their home court. Paul James’ side used a 28-14 second quarter to establish control and eventually secured a 180-163 aggregate success.

As they did in the first leg, the Wolves had early control and led 21-15 at the end of the first. However, Plymouth came out firing in the second with a 17-2 opening before a further 6-0 spell saw their lead hit double figures for the first time. A brighter spell from Worcester followed, but Elliot Sentance’s floater before the buzzer made it 43-35 at half-time.

Jordan Williams, Elijah Burns and Brandon Anderson were carrying the scoring load for the Wolves as a tight third period ensued with the two sides trading baskets throughout. And, Plymouth were able to narrowly stretch their advantage to lead 68-57 on the night – up 13 on aggregate.

They pulled further clear in the fourth with a 12-2 start – capped by a three from Elvisi Dusha – to all but put the tie to bed. Lamarr Kimble hit successive threes in an 10-0 reply, but his side had too much to try to make up.

Rickey McGill finished with 29 points with Ashley Hamilton adding 21 points as both played the full 40 minutes, while Anderson had 21 off the bench for Worcester in defeat.

The semi-finals are as follows: