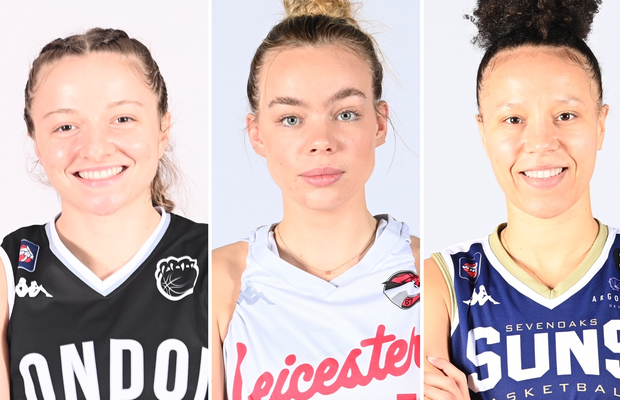 Three leading contenders, but there can only be one winner. The WBBL Championship race promises an exciting conclusion with a hectic final month in store to determine the regular season champions.

London Lions and Leicester Riders currently occupy the top two spots, though Sevenoaks Suns have the only unbeaten record albeit with a backlog of fixtures ahead of them.

Essex Rebels also deserve a mention in this. At 8-4, they are virtually guaranteed to have their best season to date in the WBBL and while they are still in contention for the title, even eight wins might not be enough – but they could still play a pivotal role with games against all three sides.

Here’s the tale of the tape looking at the current top three:

Of the six games to take place between the trio of title hopefuls, only one has taken place so far. That leaves the exciting prospect of some huge clashes in April with massive implications in the title race. If teams finish with the same record, the head-to-head record becomes the deciding factor – as it did in the 2017-18 season, Sevenoaks edged out Leicester to the title after both finished 19-1.

The final day is currently slated for 28th April with Lions and Suns both in action on the road, while the Riders would have already finished with their final three games seeing them face Sevenoaks twice, as well as London in a four-day span.

Hopefully this doesn’t become an issue, but we are still in a pandemic and Oaklands’ latest postponed games show COVID-19 can still disrupt the fixture list. As the regular season nears its conclusion, the return of 20-0 forfeits will come in, as per the earlier cup competitions, and would be a horrible way to potentially decide a title race. With the amount of games still to be played over the final month, it cannot be disregarded.

The Hoopsfix GIPHY library can be viewed, HERE.

Also, the battle for the playoffs is heating up with the bottom five sides currently separated by three wins. Keep an eye out for permutations to come over the final weekends.

Related ItemsFeaturedLeicester RidersLondon LionsSevenoaks SunsWBBL 2020-21women
← Previous Story Who are the stats leaders for each team in WBBL Championship history?
Next Story → Hannah Jump to compete in National Championship Game