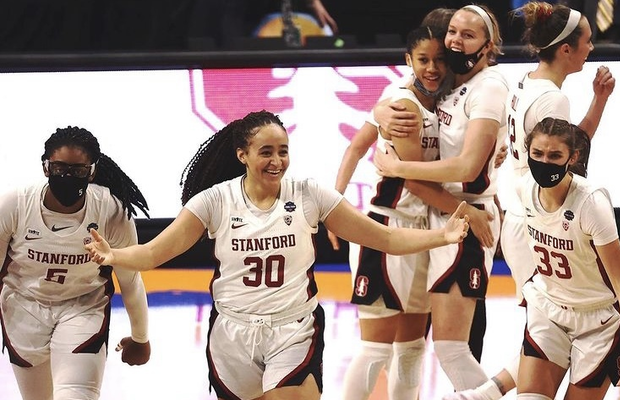 Hannah Jump will play in the National Championship Game with Stanford after they recorded a thrilling 66-65 victory over South Carolina.

The Cardinal survived a frantic finish that saw a turnover in the final seconds result in two missed game-winning attempts.

Jump came off the bench for two minutes of action at the end of the opening quarter.

The former England Under-16 international hit five triples in a 17-point outing in the Sweet 16 success – helping Stanford set a record for most threes in a NCAA Tournament.

Stanford avenged a loss to South Carolina in the 2017 semi-finals, when GB guard Karlie Samuelson was in her senior year.

They will face Arizona – after they upset UConn – for the title with the game taking place on Sunday night at 11pm UK time – with live coverage on the BT Sport / ESPN channel.