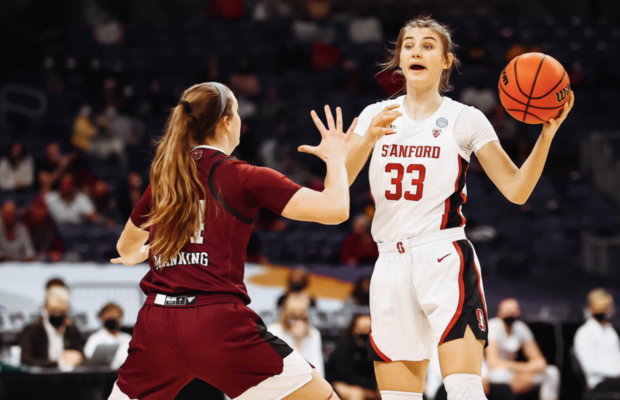 Hannah Jump scored a team-high 17 points to help Stanford to a convincing 89-62 win over Missouri State at the NCAA Tournament.

The sophomore guard fired in five triples off the bench, shooting 6-of-9 from the field overall as the Cardinal advanced to the Elite Eight stage.

Stanford will face #2 seed Louisville in the Alamo Regional final on Tuesday with the chance to book another Final Four appearance.

Jump also hit double figures in the opening round with 10 points against Utah Valley in the 87-44 victory before they beat Oklahoma State 73-62.

The 20-year-old was one of four Brits to compete at the NCAA Tournament with Savannah Wilkinson, Emily Stradling and Megan Jones all suffering first round defeats with their respective sides.

Jump is a former England Under-16 international and was born in Warrington before her family moved to the US when she was eight.