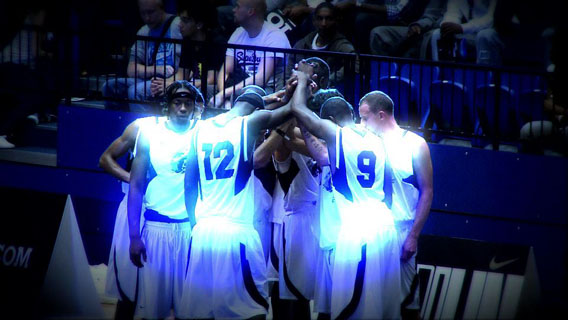 Friday’s Cup final will be the fifth time that Sevenoaks Suns and Leicester Riders have met in a title showdown in the WBBL.

The Suns hold a 3-1 advantage in the four previous final meetings including victories in the two most recent playoff finals.

Here’s a closer look at how those encounters went down: Sevenoaks Suns celebrated their maiden piece of silverware in the WBBL as they enjoyed an 82-67 victory in the 2017 Trophy final. Cat Carr had a game-high 24 points along with six rebounds and three assists, but was pipped to the MVP award by Anne Pedersen, who finished with 21 points on 53% shooting as well as five boards.

Gabby Nikitinaite – who would become WBBL Young Player of the Year in the 2016-17 season – weighed in with 13 points, six rebounds and six assists, while Ta’Yani Clark added 11 points in 18 minutes of action in the win for the Suns.

The Riders had jumped out to an 11-4 start through six early points from Erika Livermore, who had a team best of 19 points in defeat. However, two triples from Renee Busch featured in a 12-3 response and Sevenoaks would never trail again. They increased their 44-41 half-time cushion into a commanding advantage with a 22-6 spell with their lead peaking at 20 points in the final period. One year on, and it was the turn of Leicester Riders to unlock their trophy cabinet in the WBBL as they avenged the defeat with a 68-53 victory. Kate Oliver earned the MVP accolade with a 20-point haul in the win to go with nine rebounds and five assists.

Holly Winterburn added 16 points and seven rebounds for the Riders, while Cat Carr starred again for the Suns though her game-high effort of 26 points was in vain as Sevenoaks fell at the final hurdle in their title defence.

Leicester enjoyed the better of the early exchanges to lead 16-9, but were soon pegged back by their opponents. Sevenoaks took the lead at 30-29 in the second only for the Riders to respond with a 12-1 burst to take command. The gap peaked at 16 points before the Suns closed to within four points in the fourth, but Winterburn hit two huge threes to finish the game on a personal 9-0 run. O2 double for the Suns. Sevenoaks Suns had the final say of the 2017-18 season as they completed a league-playoffs double with a comprehensive 69-44 victory at The O2 Arena, in London. Cat Carr took home the MVP award on this occasion with 19 points, eight rebounds, eight assists and three steals in the win.

Chantelle Pressley added 12 points for the Suns with Ta’Yani Clark putting up nine points, 16 rebounds and five assists. For the Riders, Holly Winterburn top scored as the only player in double figures, with 12 points.

Sevenoaks set the tone with a 13-2 opening with Carr quickly up to seven points, and the lead continued to grow with Pressley’s triple making it 38-20 at half-time. There was to be no way back for the Riders as their first playoff final ended in a 25-point defeat. For the third year in a row, Sevenoaks signed off from the season as WBBL playoff champions – recording their second successive league-playoffs double in the process. Janice Monakana hit big shots throughout the contest to post 23 points off the bench as the MVP.

Cat Carr flirted with a triple-double with 13 points, nine rebounds and seven assists, while Ta’Yani Clark incredibly had another 9-16-5 stat-line.

Monakana scored seven straight in a 9-2 run as the Suns took control in the first quarter, but the Riders hit back in the second with a lengthy 10-0 spell to lead at the half. Their advantage reached double figures in the third before Sevenoaks recovered to set up a tense finale as Monakana and Carr both stepped up with important scores down the stretch.