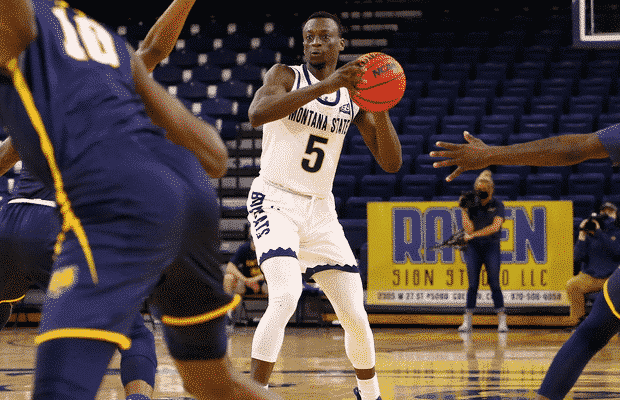 There were more impressive performances across the pond as the Brits continued to shine at the start of 2021.

Senior guard Amin Adamu continued his impressive season with a dominant performance setting a new career-high of 36 points along with nine rebounds in a two-point road win for Montana State (9-3). Adamu also ended the month with a 21-point haul, while Jubrile Belo opened January with 19 points, and also posted two double-doubles including a season-high of 11 rebounds.

RJ Eytle-Rock scored 19 of his season-high 27 points in the second half to lead UMBC (10-4) to victory against New Hampshire having continued his streak to six consecutive games with double figures in points, while Dan Akin had eight points against Hartford after missing a couple of games.

Shaquille Walters averaged 13.4 points per game in January with as Northeastern (8-6) enjoyed a seven-game win streak during the month. The redshirt junior netted a career-high of 20 points that included nine in an overtime win before finishing the month with two double-doubles as part of a four-game spell with at least 13 points – with 15 points and 11 rebounds at James Madison. 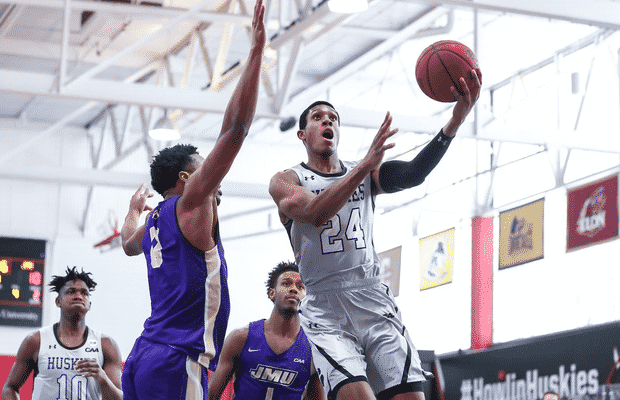 Gedi Juozapaitis got going in a busy January with Georgia Southern (11-8) – cementing a spot in the starting lineup with 13 points, five rebounds and four assists before netting a best of 18 points in an overtime win at South Alabama.

Redshirt junior Solomon Iluyomade had season-highs with seven points and 10 rebounds for Maine (2-7), while Vasja Pandza netted 10 points in a 92-93 overtime defeat for Seattle (7-6) in one of just two games in the month.

Robinson Idehen started 2021 with seven points and nine rebounds as UC Santa Barbara (12-3) went a perfect 8-of-8 in the month. The senior forward put up 12 points against UC San Diego before contributing 14 points in just 12 minutes with 6-of-7 shooting in the next outing.

Daniel Ogoro posted career-high 19 points off the bench in an 85-77 win over UIC for Youngstown State (8-10) with Harry Morrice having a best of nine points without a miss in eight minutes off the bench for North Carolina A&T (8-9).

Micheal Anumba had four games in double figures in January with a season-high 14 points for Winthrop (16-1), who saw their perfect record end as January concluded, while fellow junior Caleb Fuller returned to the starting lineup for UC Davis (3-5) with 18 points in a seven-point win over UC San Diego.

Mike beats the shot clock with a trey!

After a tough shooting start to January, Mate Okros finished the month in style for Drexel (7-6) with a best of 17 points followed by another double-digit outing with 12 points in a 15-point win at William & Mary, while Amari Williams netted four points in the first of the three meetings between the sides.

Senior Kayne Henry had a relatively quiet month for Jacksonville State (10-6) with a best of eight points and five rebounds, while Nelson Boachie-Yiadom had his best display in his most recent outing, also with eight points and five boards along with three blocks in 22 minutes off the bench for Davidson (10-5).

Leighton Elliott-Sewell closed out January with season-high of 13 points, reaching double figures for first time as Stony Brook (8-8) enjoyed a 14-point win to move to .500 on the season.

Josh Apple opened his senior year with 19 points before posting 21 points along with 13 rebounds for ECU (4-5) with another double-double of 17 points and 10 rebounds following later in January.

Senior guard Jelani Watson-Gayle had 29 points on 11-of-14 shooting along with four assists in an opening win for Miles (1-0) as they finally began their season.

Obi Agu posted season-highs with a 16-point, 12-rebound double-double for Northeastern State (2-12) before setting a new scoring high with 19 points including a flurry of late triples.

Junior Morgan Carter scored a best of eight points from the start for UM-Crookston (2-8), with Patrick Lanipekun also netting seven points to earn a start at Colorado Colorado Springs (4-4).

Redshirt freshman Wesley Oba opened the season with 11 points for Sioux Falls (5-1) and matched his best a few games later, whilst also then pulling down 10 rebounds to close out the month. Sean Nealon-Lino hit a trio of triples in nine points along with six rebounds for Fresno Pacific (2-3) to help his side pick up a first win.