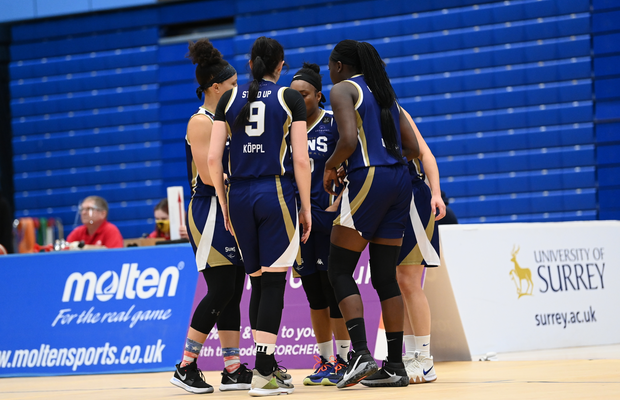 Sevenoaks Suns and Manchester Met Mystics will both take a break from competing in the WBBL until mid-February at the earliest, the league confirmed this evening.

There will also be a change in the WBBL Cup final on Sunday 24 January, with Sevenoaks withdrawing from the competition and being replaced by Nottingham Wildcats – the team they beat in the semi-finals.

The Cup final is to be broadcast live on Sky Sports as part of the current agreement – believed to be the main reason for not delaying to allow Sevenoaks to compete – and is set to take place at the University of Worcester, Hoopsfix understands, in a switch from the traditional Birmingham arena with tickets already on sale for the 2022 event.

I would rather stand alone then with a room full of followers!

Sevenoaks took the collective decision to stop playing until they felt safe to do so, and could not justify playing the final, whilst taking a break from league play.

“It was a painful decision,” Len Busch told Hoopsfix. “But I’m proud of everyone for the way they have come together as one unit, like they do on the court. The players have been phenomenal.”

The club released the following statement:

To the Basketball Community,
As a founding member of the WBBL, we, the players, and staff of Sevenoaks Suns, have always prided ourselves on standing up for what we believe and doing things the right way.
After deliberating and discussing with all members of our WBBL program, we have decided we cannot participate in any league games until after the end of the National team break on February 13th at the earliest. Also we cannot play in the Cup Final on January 24th. This decision is not taken lightly but is made with consideration for the safety of ourselves, our loved ones and our Sevenoaks community.
We appreciate all the work that has gone into making it possible for our league to continue. We also realize what a great opportunity it would be for the club to play the Cup Final on Sky. That being said, the COVID situation in the UK has markedly changed since we started our season in November and this has hit Suns especially hard.
We have multiple players whose important work puts them in regular contact with the public. For example, we have a player who works in the NHS. Another player is a physiotherapist working with COVID patients. A third player is a teacher. Many of our players live with families, some members of which are elderly or otherwise vulnerable. These circumstances make any form of bubble impossible.
We love playing basketball and we love playing in the WBBL. To decide to not play has been a painful decision for us to take but we are united and believe that suspending our participation is the right thing for us to do for the health and safety of our players, coaches and families.
We will meet weekly as a team and continue to monitor the situation. Hopefully the urgency of the situation will lessen, facilities will re-open and we will find a way to get started again.
Our hope is that everyone will understand our situation and know that we are committed to the WBBL and all the promise it holds for women’s basketball in the UK.

The WBBL has seen multiple postponements in recent weeks – not all of which have been announced – with four teams still yet to play this season with Caledonia Pride, Durham Palatinates and Essex Rebels all withdrawing from the Cup at the start of the campaign.

With two teams now taking a break and only six league games having taken place at this point, it remains to be seen whether the full schedule will be completed – particularly given the current state of the pandemic.

Some players have recently expressed concerns about continuing, though it is understood that the league have been in contact with player representatives from each club to address certain issues with the BBL/WBBL also appointing a Chief Medical Officer this month.

Manchester are expected to make a statement in due course.