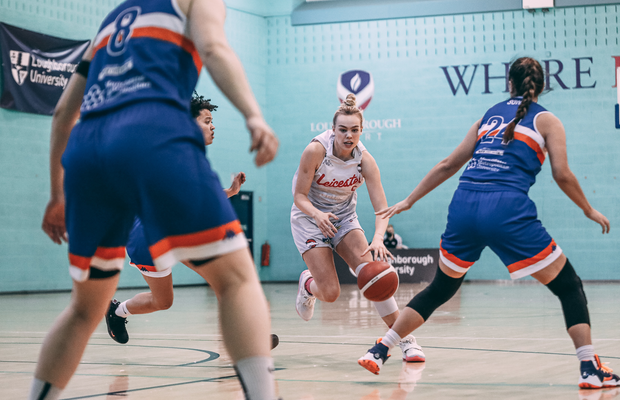 It’s finally back. After such a long wait, WBBL action took place this past weekend.

Here is our look back on the weekend with the first in-season edition of the Power Rankings.

The reigning Cup champions would have been keen observers of the opening weekend’s action, but they have to wait a little while longer before their first game of the campaign. Suns duo Janice Monakana and Renee Busch are currently in Istanbul as part of the GB Senior Women’s squad.

Statement made. The Riders showcased their potential for this season with a dominant victory over the Mystics. And, Holly Winterburn showed why she’s so highly rated, and why the snub by GB is even more surprising with the 20-year-old running the show with 15 points – including a buzzer beater inside her own half – along with eight rebounds and six assists

It was a strong team display and Ella Clark’s four blocks led the way on the defensive end as the Riders held their opponents to just 14 points in the first half as they established a commanding lead after a slow start.

🚨 | @hollywinterburn from inside her own half to beat the buzzer for @RidersWomen in the Cup opener!

The new season of The Shumpert & Joyner show in Nottingham got off to a great start as the duo starred at both ends in the win over Newcastle. From 45-41, the Wildcats went on an 11-0 run across quarters with Simone Costa hitting timely shots in her 16-point cameo.

Their opponents were not at full strength, but it was still a solid display from Nottingham – as they were also without Siobhan Prior and Tia Freeman – with their academy stars getting an early opportunity. A winning start and confidence to take into a clash of the Week 1 victors against Leicester next time out.

A tough opening loss for the Eagles, but signs of encouragement in their first official outing. The visitors were without key European returnees as well as new addition Jorjah Smith yet were still very much in the contest until early in the fourth.

Maddy McVicar had a fascinating matchup with Shumpert and had the green light from the perimeter, while Spaniard Marina Fernandez showed several glimpses of her potential. The Eagles predominantly ran with a seven-player rotation but have pieces to add before returning to action on home court.

Back on the court after 2 years away from the game, @abbylowe_ back on the scoresheet on @newcastleeagles debut! #BritishBasketball #Hoopsfix

Far from an ideal start for Manchester following the excitement of their off-season recruitment. 5-of-34 shooting in the first half as they trailed 41-14 on the road against Leicester and eventually went down by 21 points.

The rust is going to be there in the early stages – particularly with new signings to integrate – but Jeff Jones will be pleased with the way his side continued until the final buzzer and did look better in the second half. Time to regroup and go again with another tough road trip next in store.

A positive test for COVID-19 resulted in ‘defeat’ for the Lions in their scheduled opener and they will now come up against Sevenoaks Suns in their first game as the new-look roster comes up against stern opposition.

Still waiting for their first action on court, the Wolves already have a win to their name through the COVID-19 regulations and they eagerly await the arrival of Cardiff on their home court following the international window.

Stef Collins’ immediate focus is with the GB Senior Women in her role as assistant coach for this weekend’s Women’s EuroBasket qualifier before returning to Cardiff ahead of their Cup opener with Oaklands the following weekend.