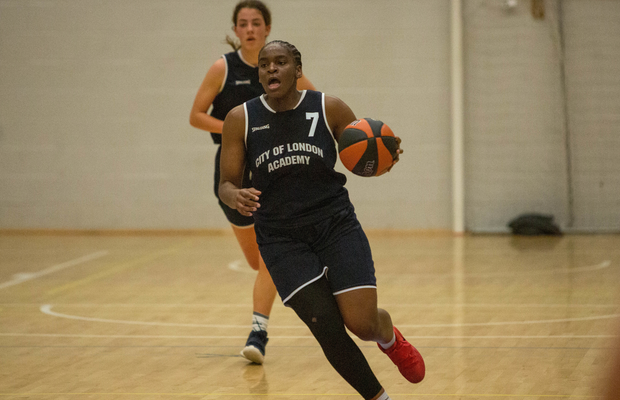 The GB Under-18 guard/forward becomes the latest Brit to put pen to paper for next year, and is set to compete in the Conference USA with the Owls.

Henshaw is currently impressing in WNBL Division 1 with the City of London Academy in her final year in the UK and explained the reasoning behind her decision.

“I felt beyond excited and grateful to be able to sign for FAU, especially with the welcoming coaching staff,” Henshaw told Hoopsfix Women. “I felt like FAU were the perfect match for me, the intensity that they play at is great and again their coaching staff had a big impact too.

“I am thankful for God first to give me this opportunity and also my family and teammates for being so supportive and pulling me through this journey and of course Coach Jackson Gibbons, Coach Brian Nguru & Coach Jay Williams for always pushing me to be the best version of myself and helping me through the entire recruitment process.”

Henshaw hopes to make the most of the current season that may also include the 2020-21 WEABL campaign – set for resumption in January – having previously been recognised as the ‘Most Improved Player’ and looks forward to the challenge that awaits.

“Firstly, [I want] to keep on working on my game everyday and keeping my team ready and focused for what’s to come this season. Also, to just be the best teammate I can be as one of the oldest now at CoLA.

“I hope to gain a positive and worthwhile experience from the States and to also learn a lot from my teammates and new coaching staff but as a whole, I would like to leave the States a better person.”

Check out Henshaw’s latest highlights below:

Related Items2002 BornCity of London AcademyCollege CommitmentsFeaturedSimona Henshawwomen
← Previous Story Sam Alajiki (’02 born) signs to Cal
Next Story → Green: We took over the game and were unstoppable at that point